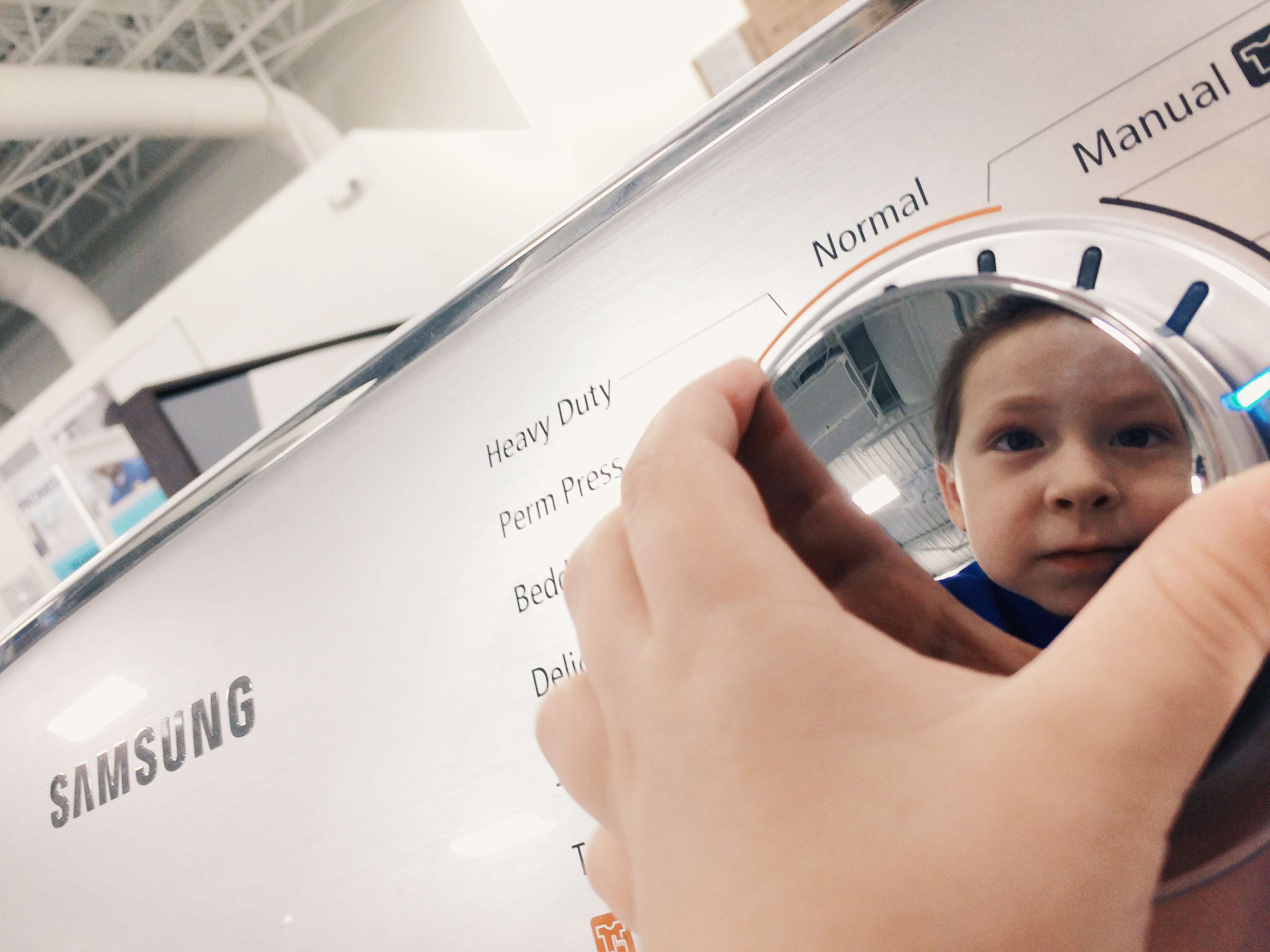 Washing machines and dryers have been a huge point of interest for Jasan lately. While most kids would love for their mom to say, “Hey babe, wanna go to Monkey Joes?” My little love starts getting excited about my mention of swinging by Best Buy to hang and check stuff out.

Side note: I refuse to take him to Monkey Joe’s because he isn’t at all interested in the big jumpy inflatable things, he makes a beeline for the air compressors BEHIND the big jumpy inflatable things. Of course he would! They are machines. They kinda look like fans. (Major plus.) And, they make a cool sound. (But what MAMA sees are his fingers going into like 4 inches of nasty dust. No one cleans off the air compressors. EEK!)

Ok, back to laundry…

Before this blog was established, I posted a photo on the Following Jasan Facebook page of my little dude in the laundry room at a friend’s home. (see below.) That is where this new obsession with the laundry began. Front loading washer and dryer, top of the line, makes delicate little beep sounds when you press the many buttons on the front of the machines… ah. Digital, digital, digital. Heavenly for Jasan. You leave him in there to do his thing and after awhile he has a pattern going while devouring all of the finite details of it all. 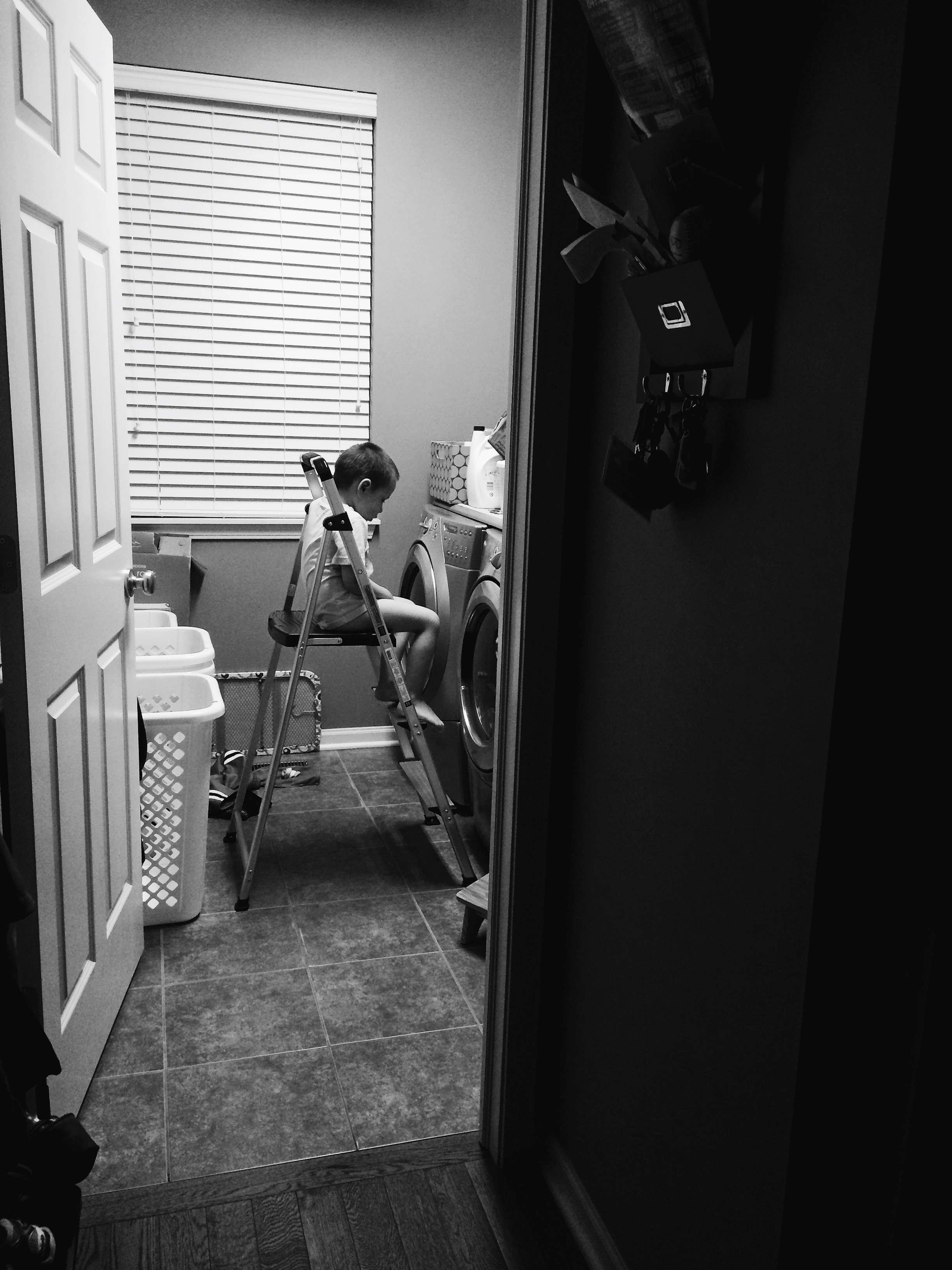 At first I was a little embarrassed that he started preferring hanging out in the laundry room when we would go to their home, but I let that go. I wrote in that previous Facebook post that Jasan and I are blessed with friends that DON’T judge. They love Jasan just they way he is. When I am surrounded by that kind of support, it is easy for me to let Jasan do his thing. But overall, the cool thing though is that I had to dig deeper. Now I AM in a place of complete acceptance. In those types of situations, it was all about ME and my fear about what OTHER PEOPLE MAY THINK about my son, whether it be non-acceptance or judgments.

Yes, in the neurotypical 4 year old’s world it may be weird to be so intrigued by a washing machine. Or, it may be fun to press the buttons for a few minutes, but then would probably get boring. For my son, his brain is completely examining everything. The sounds, the cycles, what happens and the motions in each cycle, how many minutes until each cycle completes, which lights are lit and when… all those great details that bring his brain ALIVE.

If I love him unconditionally for who HE is, why would I want to redirect him to play with typical kid toys that he is not interested in?

I now realize that if I want to be his cheerleader and his number one advocate, I will stand by him and be his encouragement even if some other kid or adult may think what he is doing is odd. That is okay. It’s not odd in my son’s world.

Maybe the autistic brain’s world is wayyyyyyy cooler than you or I see the world. 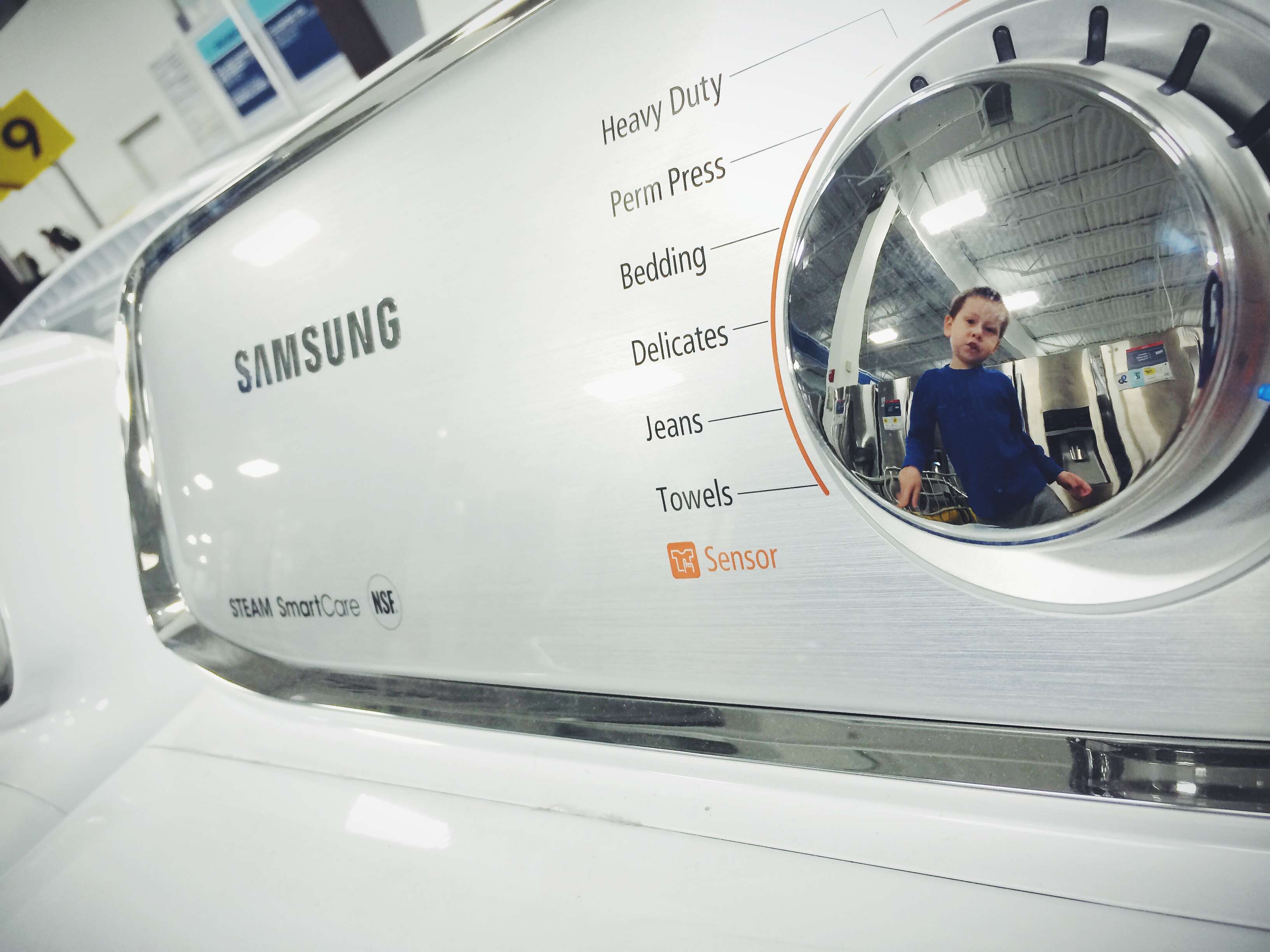 And, who’s to judge anyway? Acceptance is such a huge thing for all of us. Wouldn’t it be awesome if everyone could figure that out?

And this washer and dryer obsession, it will fade after awhile… but man, he will sure have this life skill down. 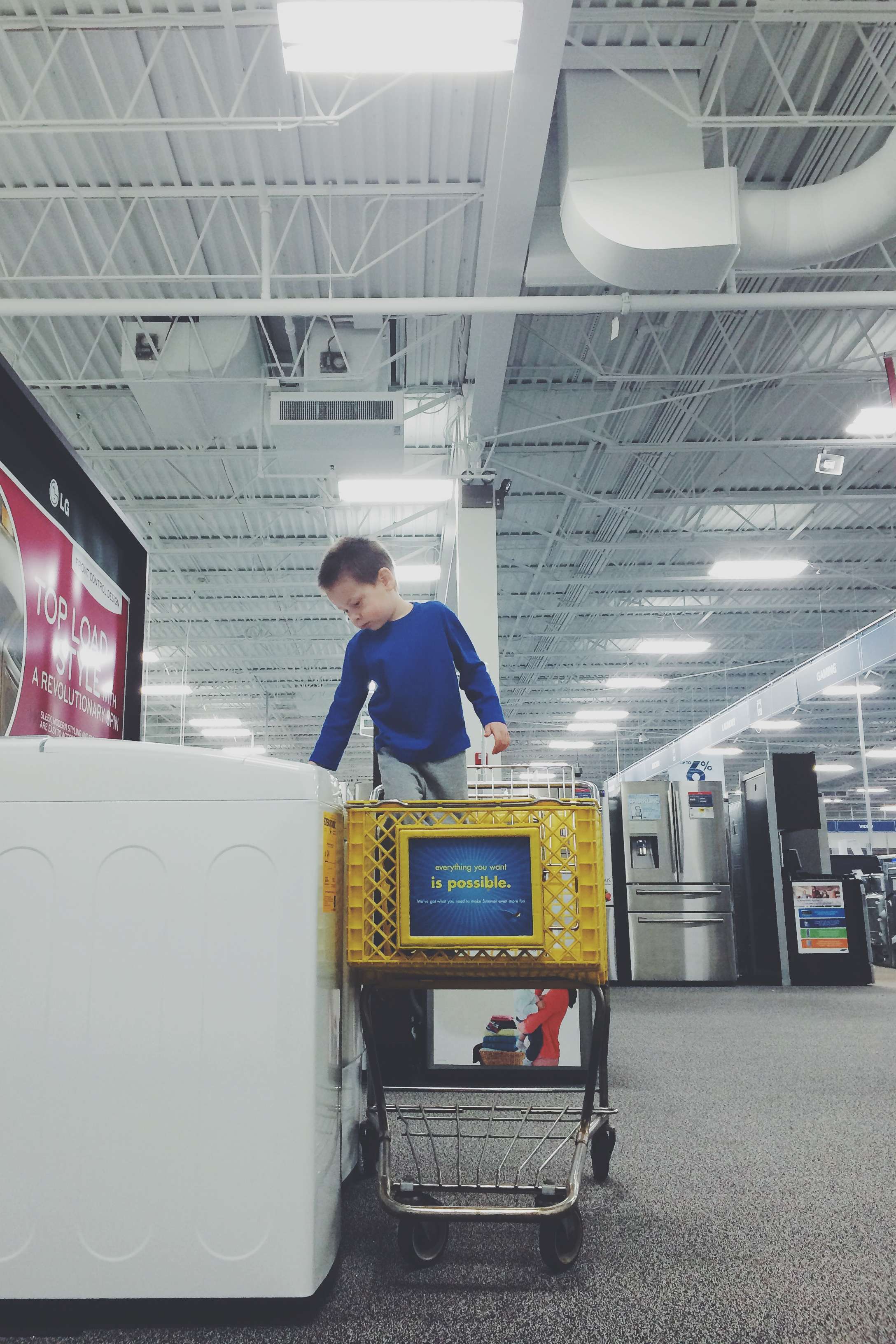 I love that the sign on the cart reads,

“ANYTHING YOU WANT IS POSSIBLE.”