Because the first flight went so well, I was not too concerned about the journey home. Actually, I was excited to see how he would handle saying goodbye to Florida and hello to Chicago!

On the way TO Florida, we checked in via a Skycap so Jasan did not see the luggage scales. This airport visit we got to check it all out. He was absolutely fascinated with how big these scales were.

Once we were all snug in our airplane seats, headphones it was. 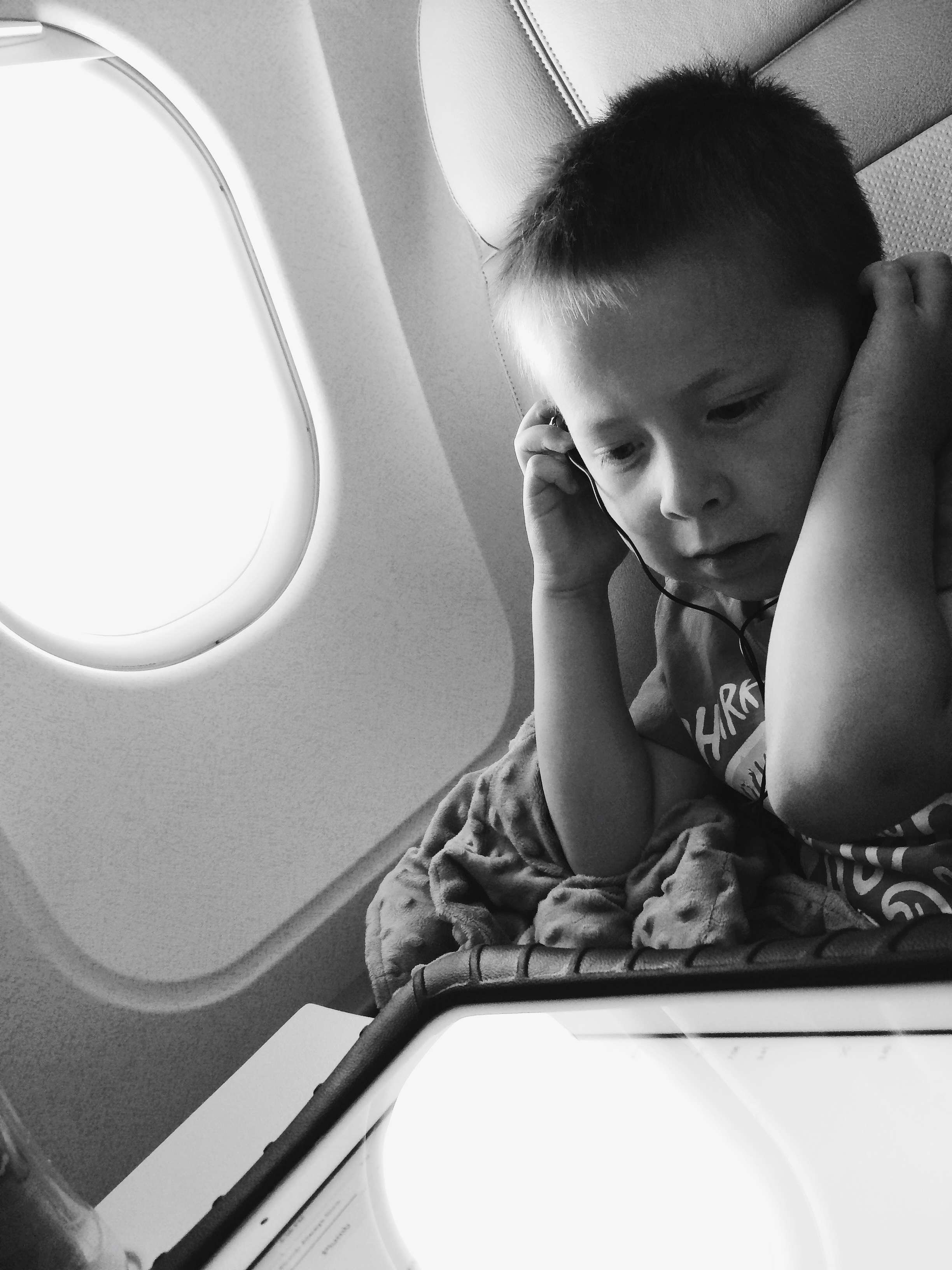 And, of course, what was going on outside was incredibly interesting. Very cool stuff you do not see everyday… 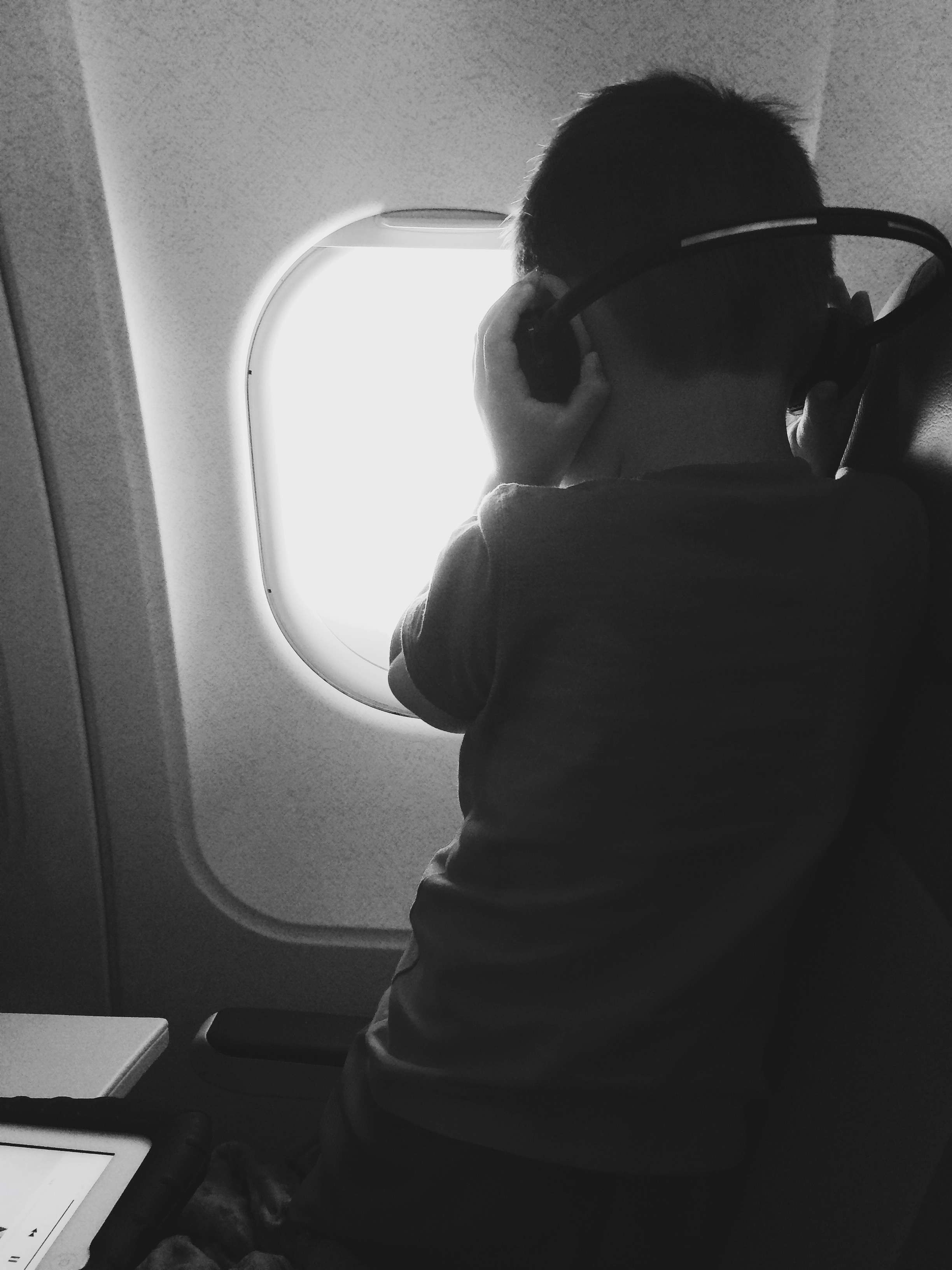 During the flight he was acting like he had flown a million times. Kinda fun to check out what was going on above his seat. (And, sing a little on the loud side with those headphones on. ha…) 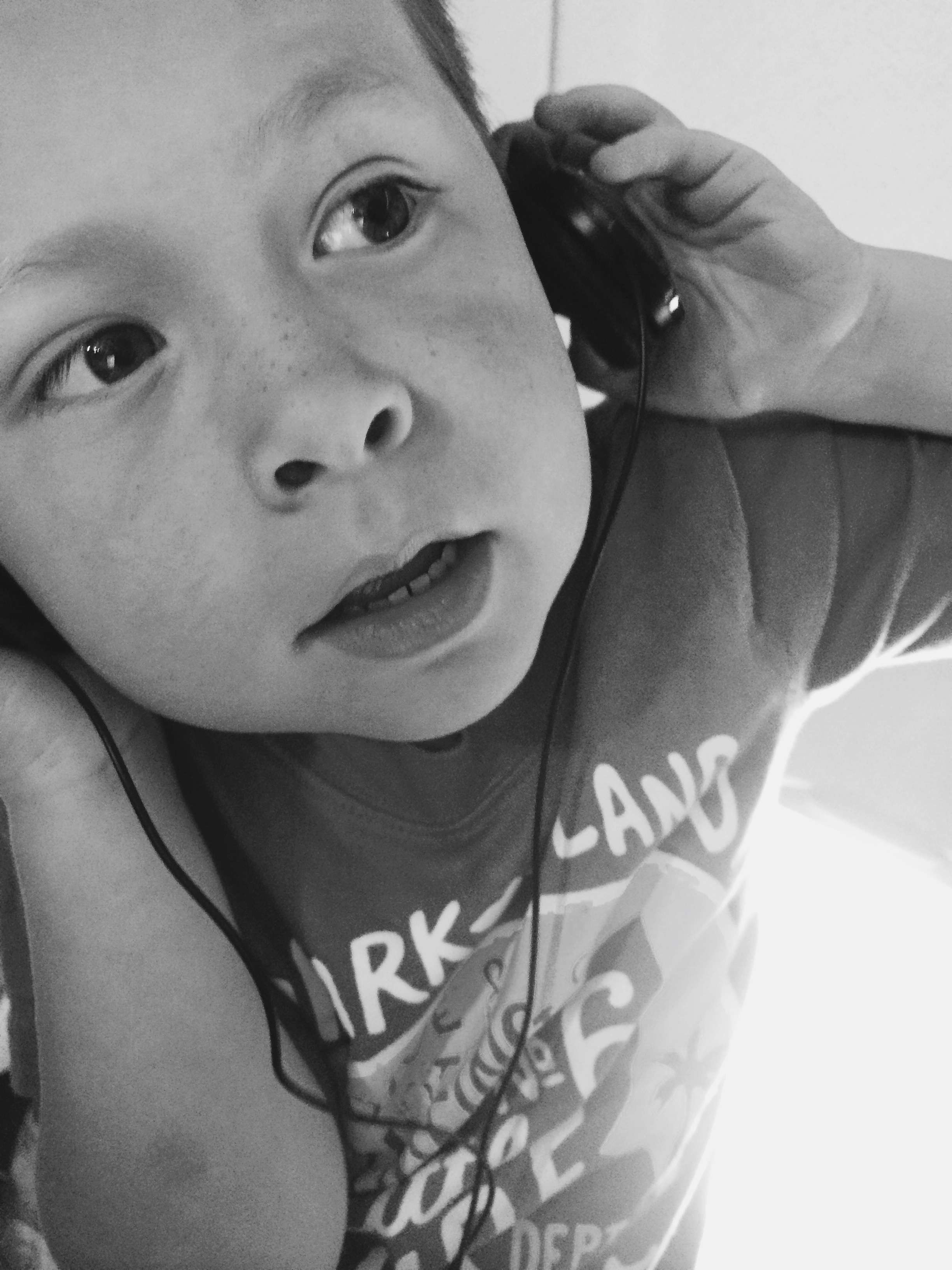 The only possible snag that we might have ran into was not being able to go in to see the pilot and flight deck when we landed in Chicago. Because we had such a great experience on the flight there, it was Jasan’s expectation on the way home.  The tears started rolling down his face when I told him I wasn’t sure if we could. Luckily, the pilot was very cool and snuck him in for a few minutes. 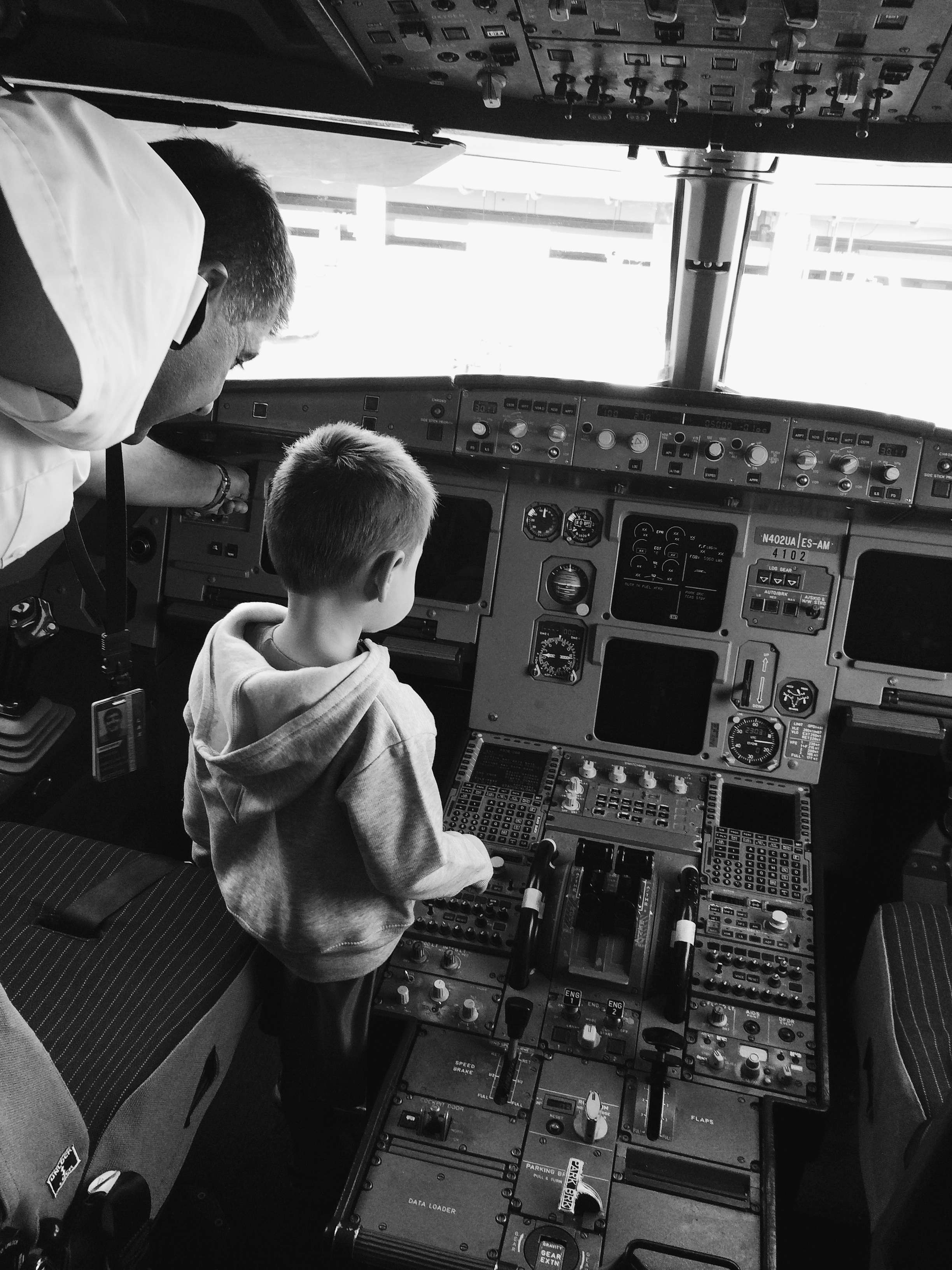 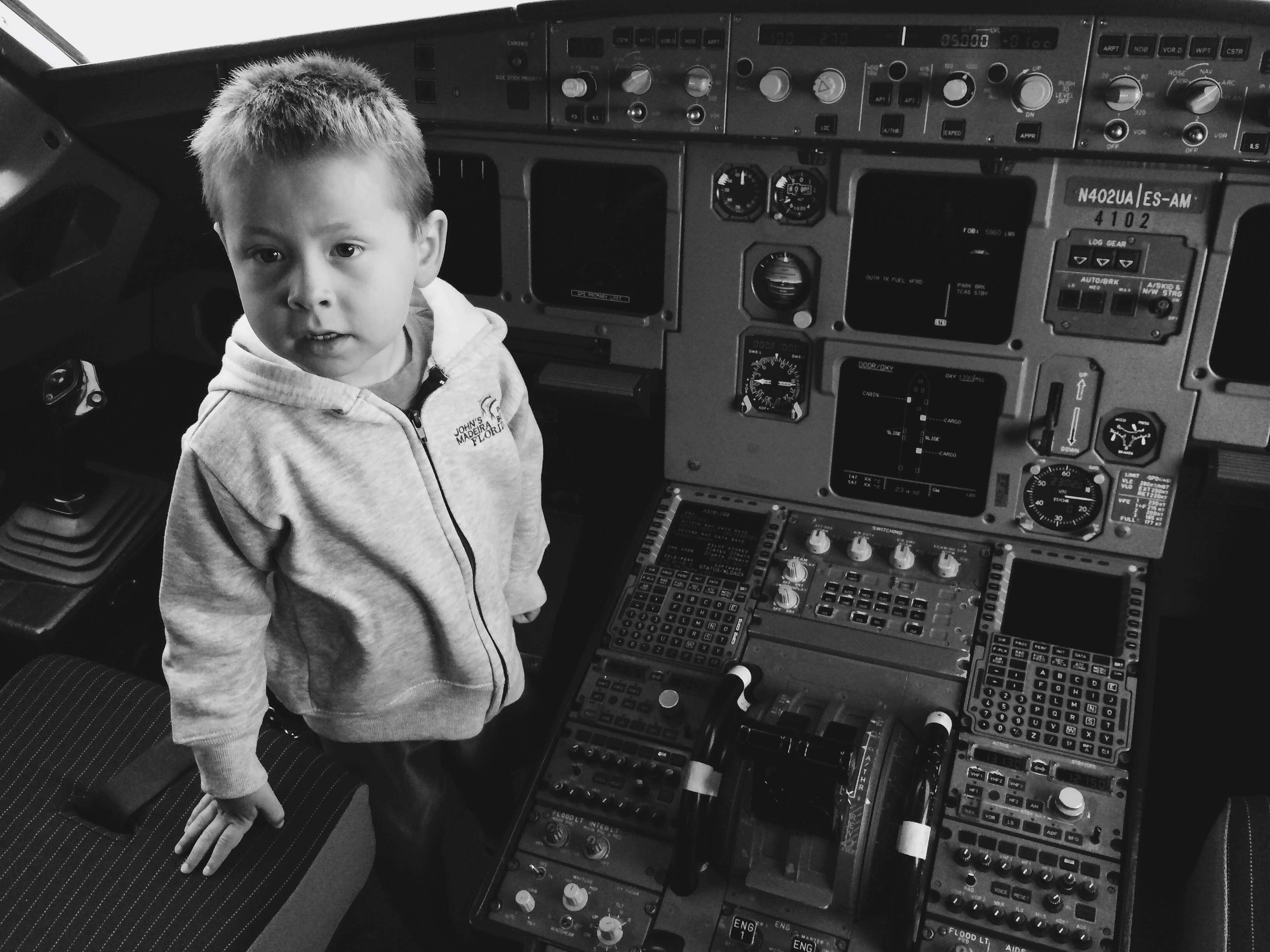 So many interesting things to look at! 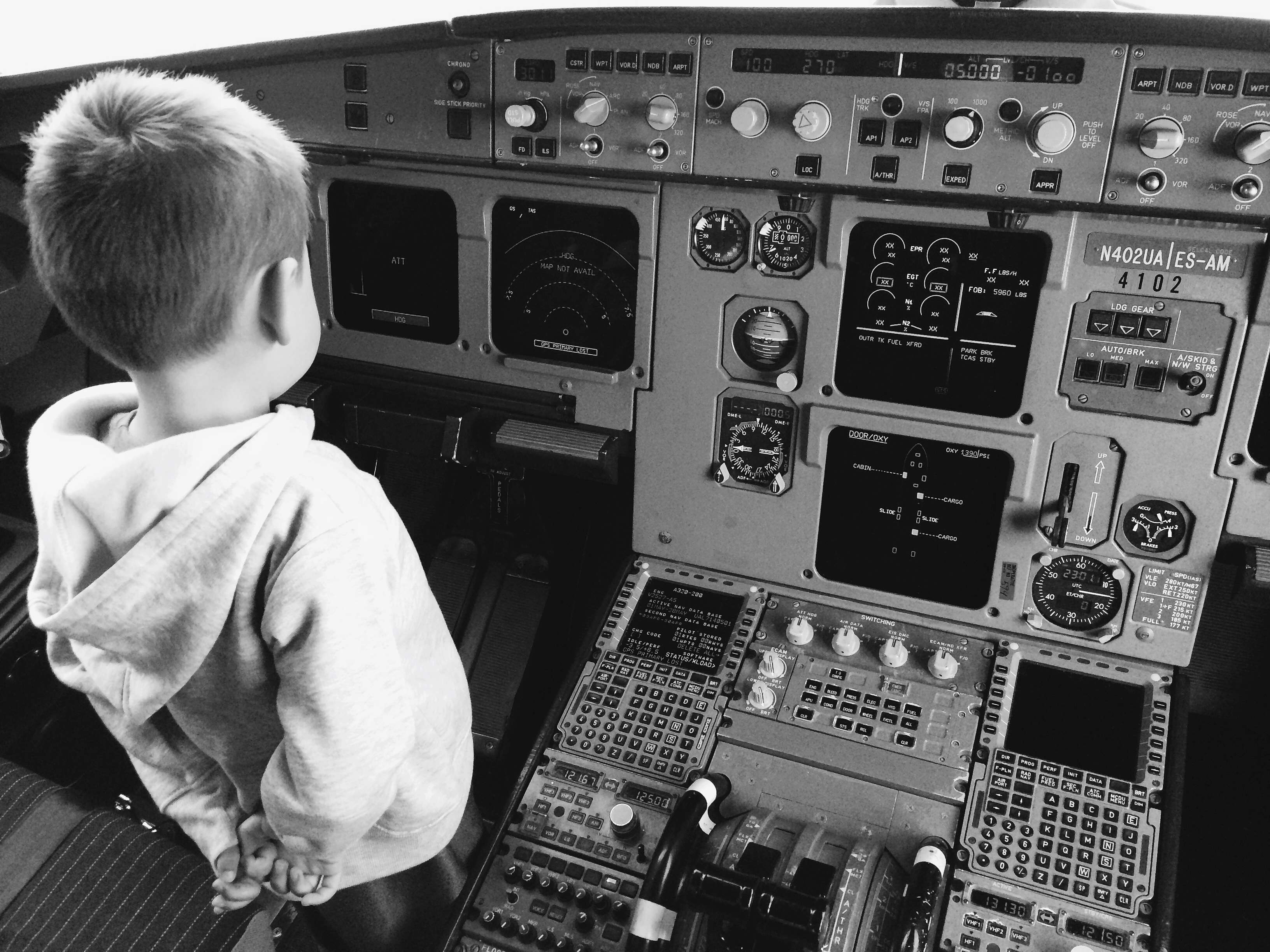 I am so very thankful to the pilots that gave a little bit of their time. 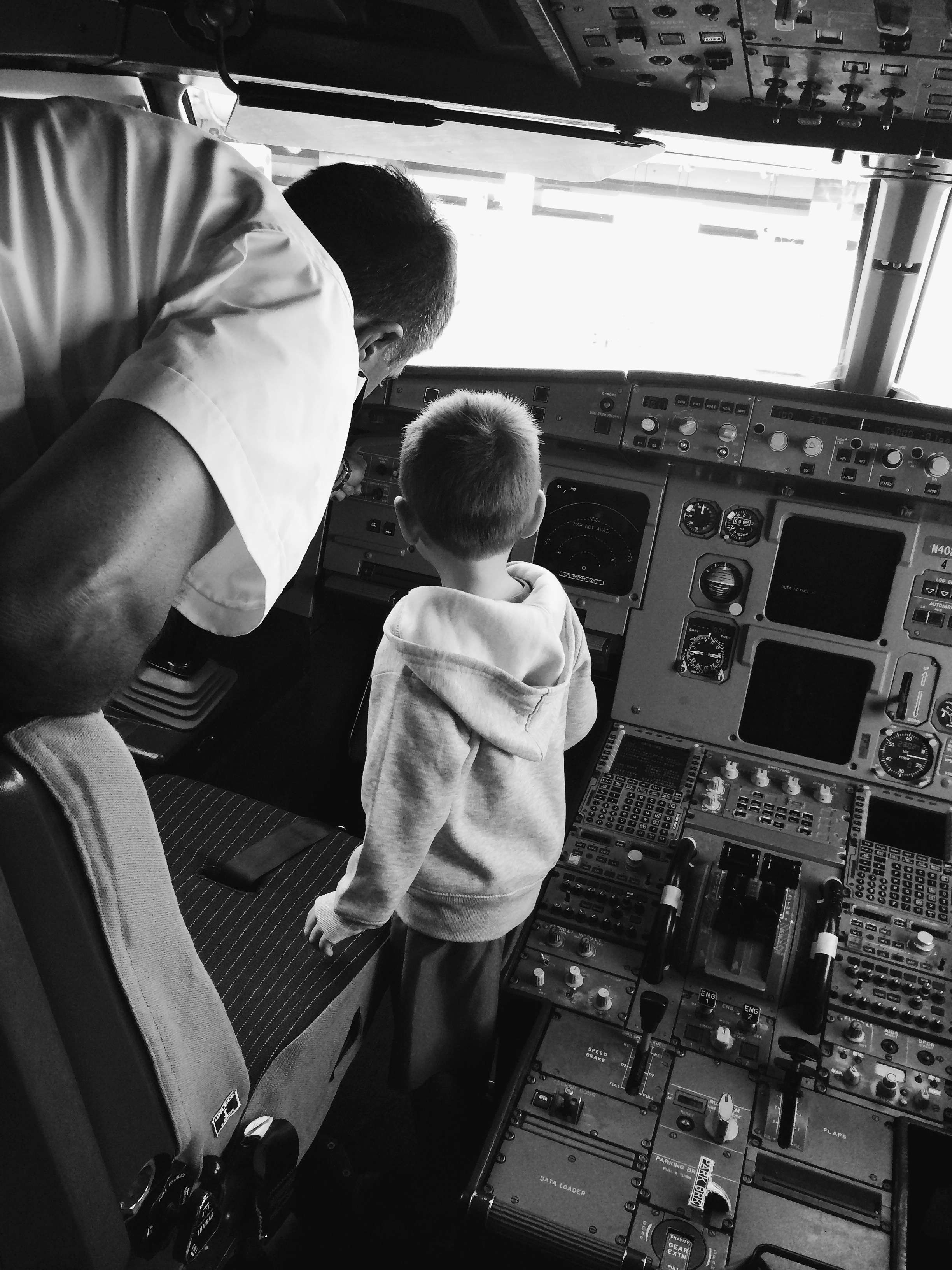 Each pilot had his own way of explaining a few things here and there to Jasan. Both adventures included pushing buttons or flipping switches. Very cool to have the hands on experience.

Walking to the luggage claim was fun. He pushed my little carry on suitcase (fun with wheels!) and we checked out cool things along the way. 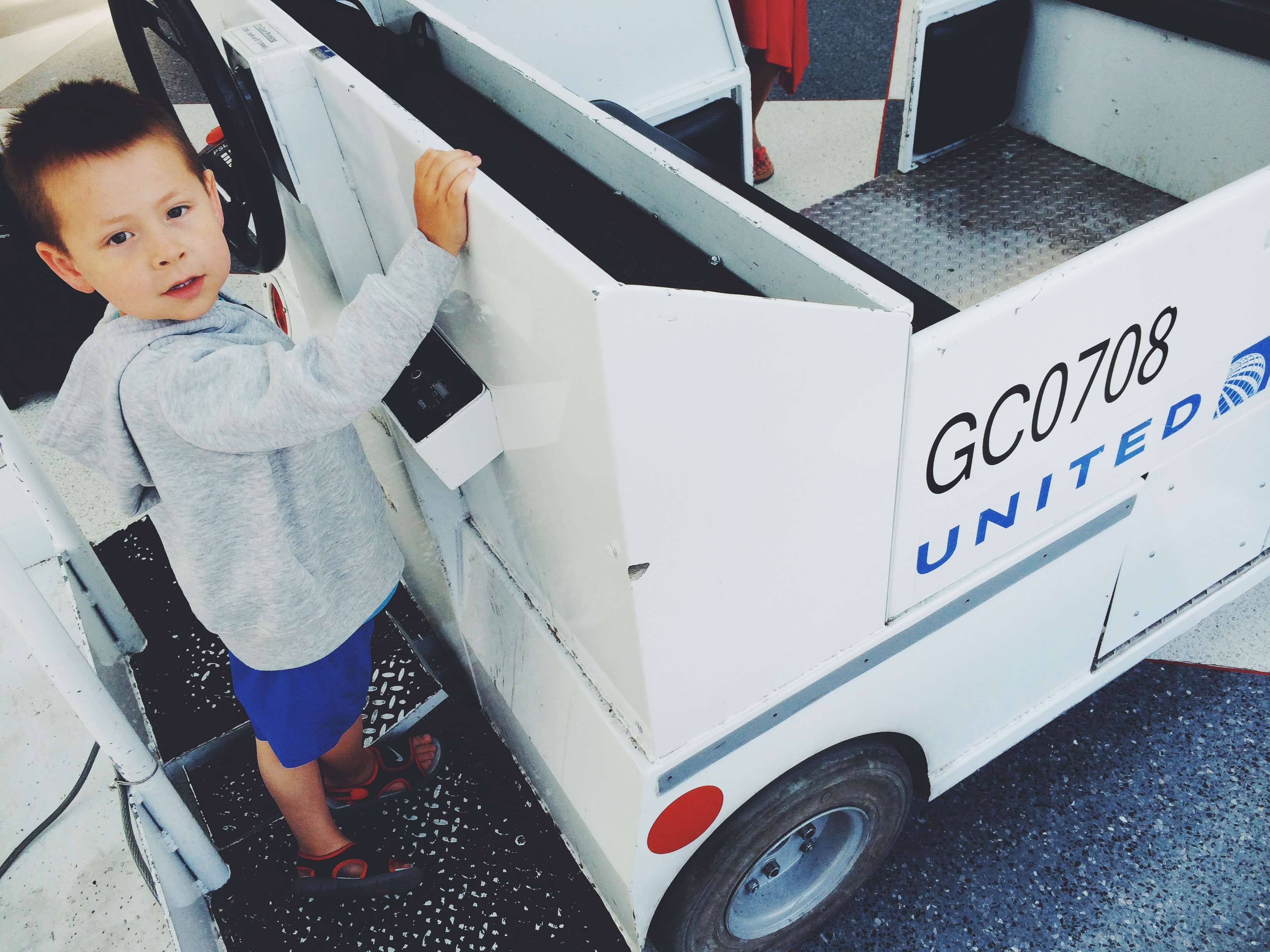 And we spent many minutes watching these go around and around… 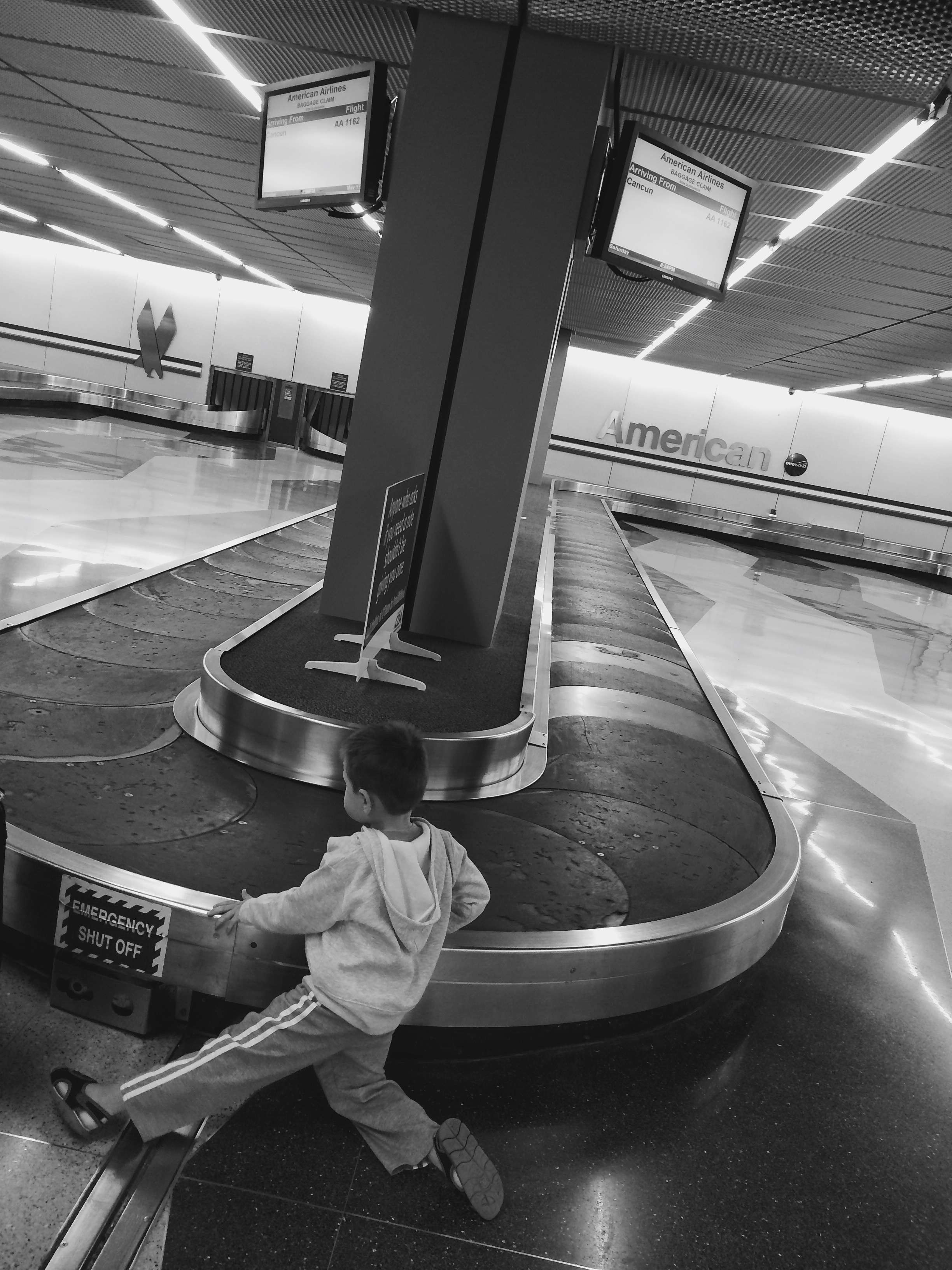 We ventured to another terminal, and took the obligatory selfie for Mama. 🙂 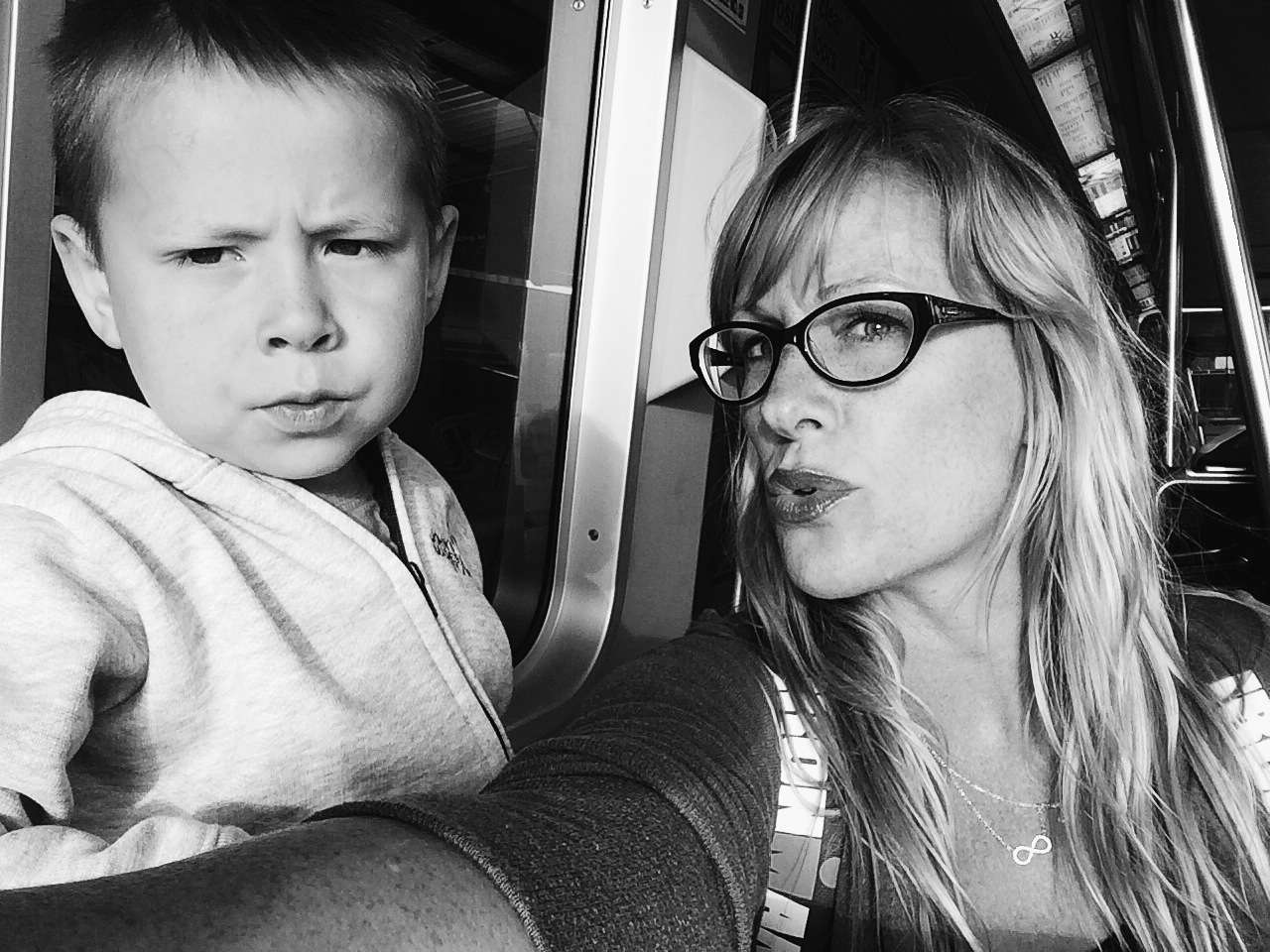 All in all, the trip was so completely meant to be. He exceeded every one of my expectations as a little traveler. Lesson learned for me; GIVE JASAN MORE CREDIT. He handled literally everything on this vacation adventure like a champ. I have NO need to be concerned until he gives me a reason. It’s funny, I thought that I had already learned this lesson, but apparently I needed to learn it AGAIN. Never underestimate him. Believe that he will shine and be victorious always.  And you know what? If I believe that wholeheartedly, he will too.

That sounds perfect to me.

I think he was just a little tired in the car on the way home. 😉 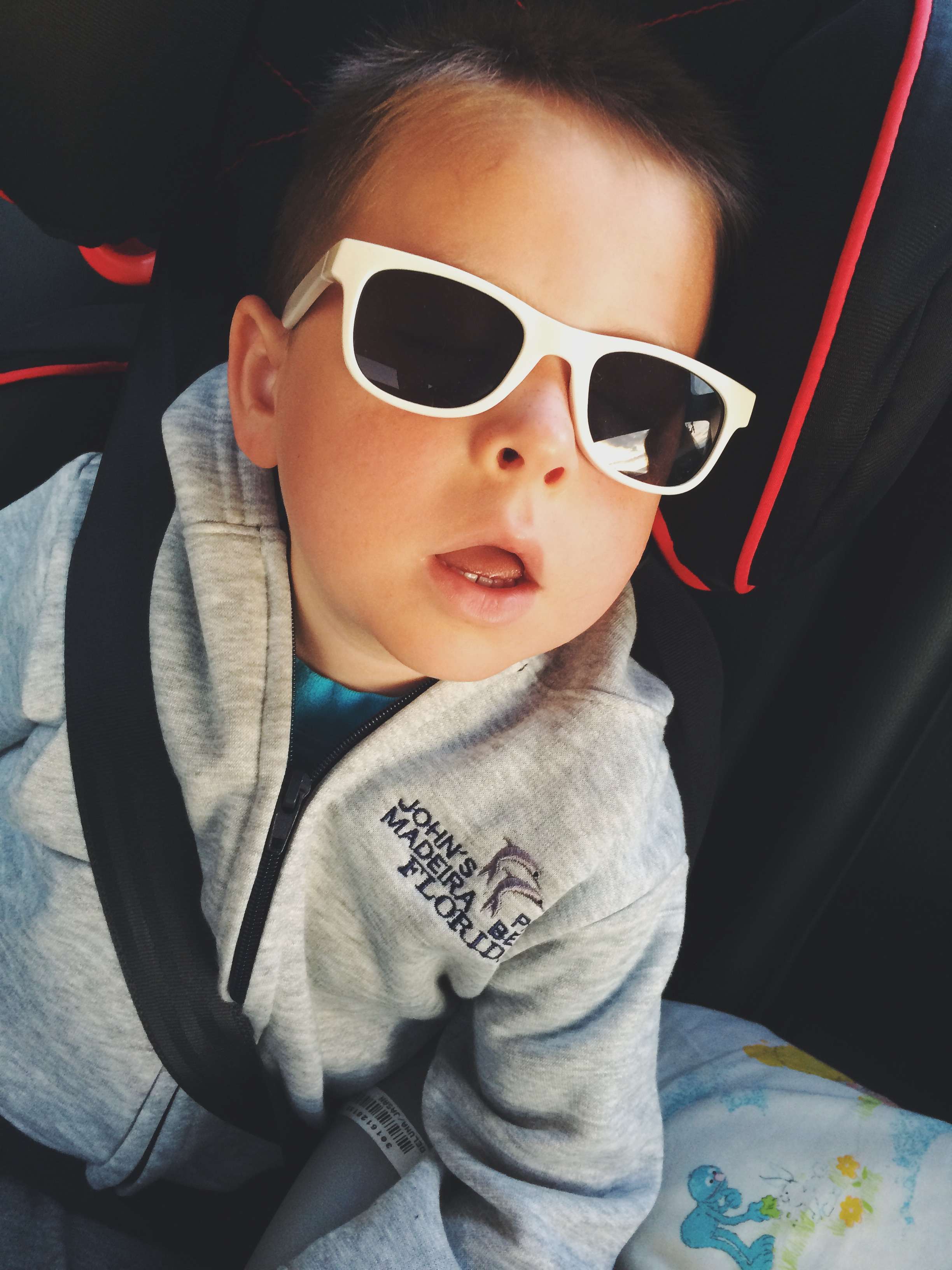