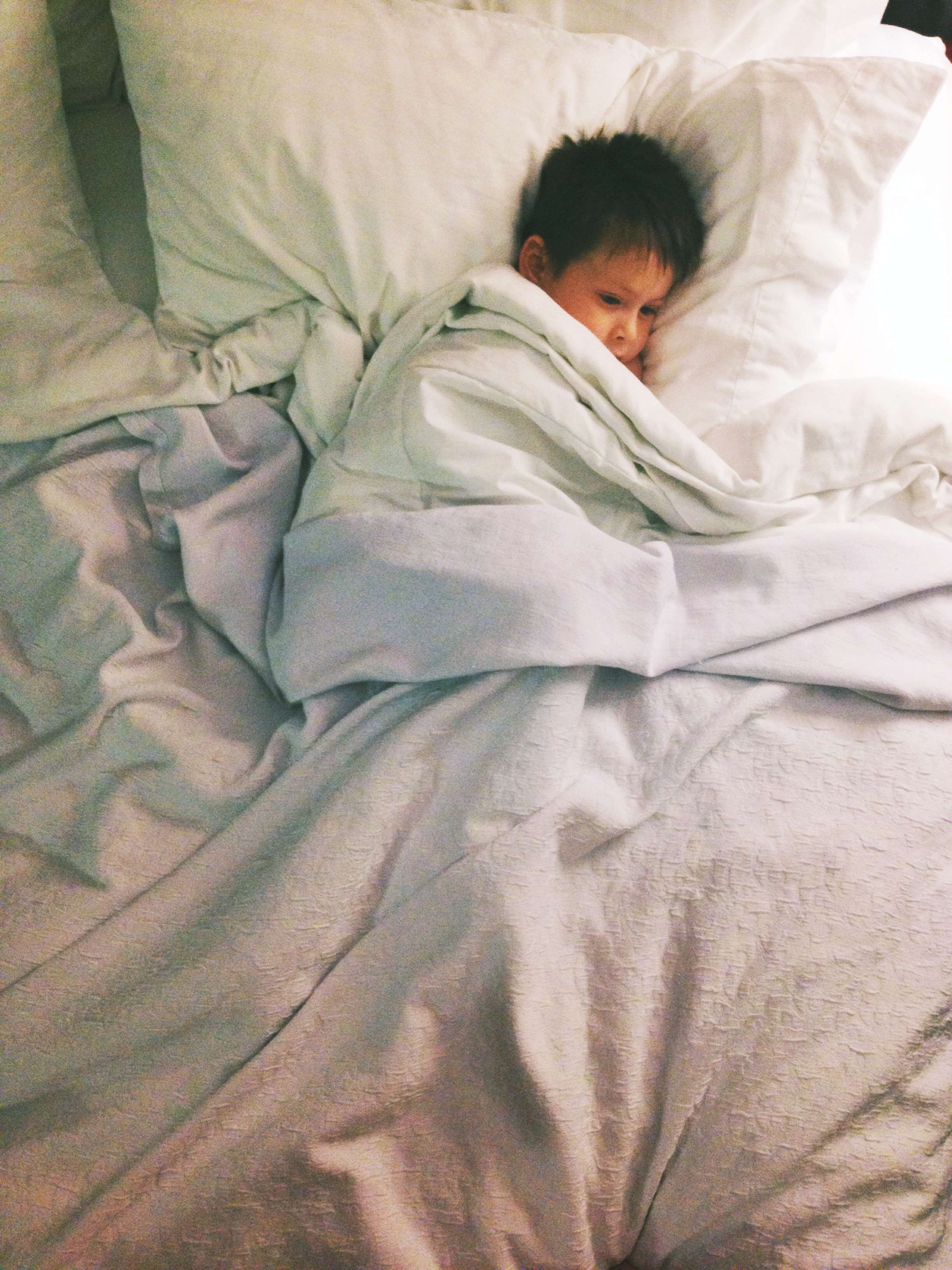 There are certain nights during bedtime routine that I just fall in love with Jasan so hard it’s beyond my comprehension. All of you parents out there know the kind of love that you feel after you have your own child. There are no words to describe what love feels like after you have had that experience. Of course I love him hardcore…ALL OF THE TIME. But certain nights, he just grabs me and pulls me in even more.

Tonight was one of those nights. Jasan and I have quite the lengthy bedtime routine; it’s not the quick: read a book, lay in bed, lights out, “see you when you wake up!” kind of scenario. He is very detail oriented and routine based. We do the same thing, all the little steps, EVERY NIGHT. I have to admit and be honest…sometimes I am just exhausted and I wish he WAS one of those kids that was super easy to put to bed. Evenings (few and far between) that I may want to go and have an adult evening out past 7:00 pm, I review my whole thought process of why I do things the way I do. Maybe I should just work on getting him to fall asleep alone and not be so dependent upon me. It would be awesome if he were the type of child that ANYONE could put to bed. Wow. If that were the case, I could just hire a babysitter like every other adult and go out for an evening!

But you know what? He’s not that kid. He never has been. What I LOVED about tonight was that I sang him to sleep. As I had him cuddled up next to me with his head nestled on my chest, I was reminiscing about the baby days. During that time period of life, we were alone most of the time. I would put play lists together of slower songs that I loved to sing to. I was a very hands on and physical touch kind of mom, so he basically never slept in his crib. (I know there are many different opinions out there on sleep and what the right way is, but this is my belief. DO WHAT WORKS FOR YOUR FAMILY. That is all that matters.) So, with that said, Jasan was basically my snuggle bunny. The thought of him sleeping in his crib away from me and his dad was just not happening. Jasan’s father is of Mexican descent, so in his culture is was natural and normal for your babies and kids to sleep with you. When his dad and I were still in relationship, that was what we did.

So, blissfully for me, I was able to be a stay at home mama and he would fall asleep in my arms to his heart’s content. I would play music ALL THE TIME. Music is a huge part of my existence, so I wanted it to be a core part of him. When he was a little baby, I would dance around the room with him every day. I wanted his body to feel the rhythm through my body and movement. I would gently tap the beat of the music on his back. I would sing to him… and that became a staple for bedtime.

As he has gotten older our routine has changed ever so slightly into what it is now. He is much more adamant about me being quiet and it being a “Jasan Do” kind of situation which OF COURSE, I welcome! When I find myself completely in the moment, like I did tonight, I feel so happy. It is so easy to second guess the past and the choices that I made in certain situations. There are also a lot of things that I did during his first couple years of life, even as naive and inexperienced as I was, that I am so proud of. Those things are what forms a huge part of who he is now. I am so excited to see how his personality forms as he grows. I know that as uniformed as I was when he was first-born, there were special parts of being human that I wanted to be drilled into his existence.

Physical touch. Huge. Being a past massage therapist, I know the benefits of it. But, I also understand the healthy emotional benefits of it. It comes natural to me, and I really wanted him to be a child that was accustomed to lots and lots of snuggles, hugs and kisses. God knew I would be perfect as his mama because he is such a sensory seeker. He craves touch. There isn’t a day that goes by that he doesn’t need to “crash” at some point. With the amount of communication skills he has lacked and still lacks to this day, God balanced out with physical touch for me. Knowing my personality, I would have had an extremely hard time with an autistic child that lacked speech and did not like to be touched.

Tonight hit me because he was very calm. He was extra snuggly, and being able to sing quietly and then hum to him as he fell asleep brought back so many precious little teeny guy memories. It made me feel good because I did a lot of things right for him. Knowing him and all about his autism now, makes me think back with a different set of lenses about those early months and years. I love how sometimes things are just meant to be.

Without a doubt he was meant to be my son. Just the way he is. Autism and all. I was meant to be his mama. We have a bond that is indescribable. He knows me more than I think he does. He feels EVERYTHING that is going on. I know I understand him, but I wonder if he is SO MANY LEVELS beyond where I think he is… That is what my intuition says.

My gut is never wrong. He is something special. His life is going to be spectacular.

Every now and then I need a bedtime like tonight to wash away any doubts about why I do things the way I do.

Our routines are in place because this is what FEELS right between my son and me. I know what he needs. He is still so young and I am willing to sacrifice what I may want from time to time to build the emotional foundation of safety, confidence, and self-worth for him. If that means he needs his mama to lay with him as he falls asleep, that is what I will do. Gladly.

The photos above were taken some time ago…

The photo below I love. Jasan is having a loving moment with his Grampie. As he was running around the house half-naked (as he loves…who needs clothes, really?) he is giving the best hug EVER.  (And when you are 4, who cares if you are naked at home anyway?) Heehee. 🙂 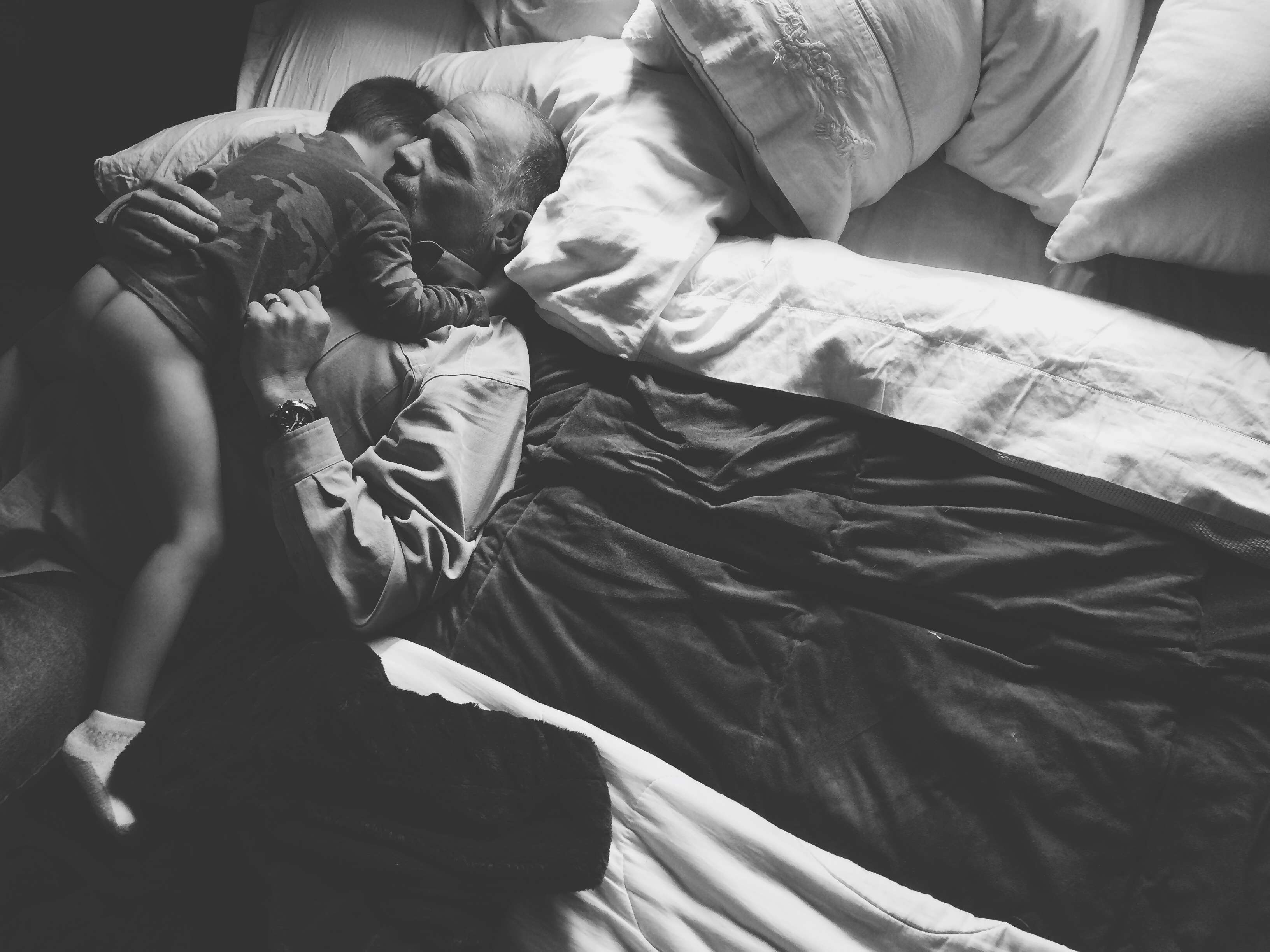 You ARE an AMAZING mama for Jasan. God knew exactly what he was doing when he gave him to you. Always love reading your posts and seeing the INCREDIBLE photos! So proud of you my beautiful friend. ????

You are SUPERMOM and are fully “connected” with your son. I feel and see great things in this little man’s future. He will change the world. His way. Good job Momma. You rock!