While we were in Florida, it was fun watching Jasan find his comforts in completely new surroundings and some new adventures (like chasing birds – see previous post,) but in some of his norms too. For example, my child has a love affair with straws. He has since he DISCOVERED the straw. The strength of his love has had its ebbs and flows, but the straw infatuation always remains in some capacity.

You see, a straw can be many things. It can can act as a speedometer, or possibly a tachometer. If two straws are present, then there you go! Both going at the same time. (With sound effects, of course.) They can act as windshield wipers, just something to spin (which is the perfect stimming tool,) any meter of his choice, a CDI (a course deviation indicator for those of you that don’t know what that stands for…Ha!). Let’s see, clock hands, a GPS of some sort, keeping rhythm in a song…should I keep going?

Since we frequent restaurants quite a bit, we most likely always seek out the beloved straw. It’s a comfort thing. I usually will always find a straw or two in my purse, in my car, and we have a big collection of them conveniently in a reachable large cup for him in our living space.

Crossing signals. He LOVES crossing signals. Sometimes we take a little stroll down the street from our home just to hang out by the signals so we can watch them change from the “red hand” to the “walking white man” (as Jasan terms it…) and all of that good stuff. 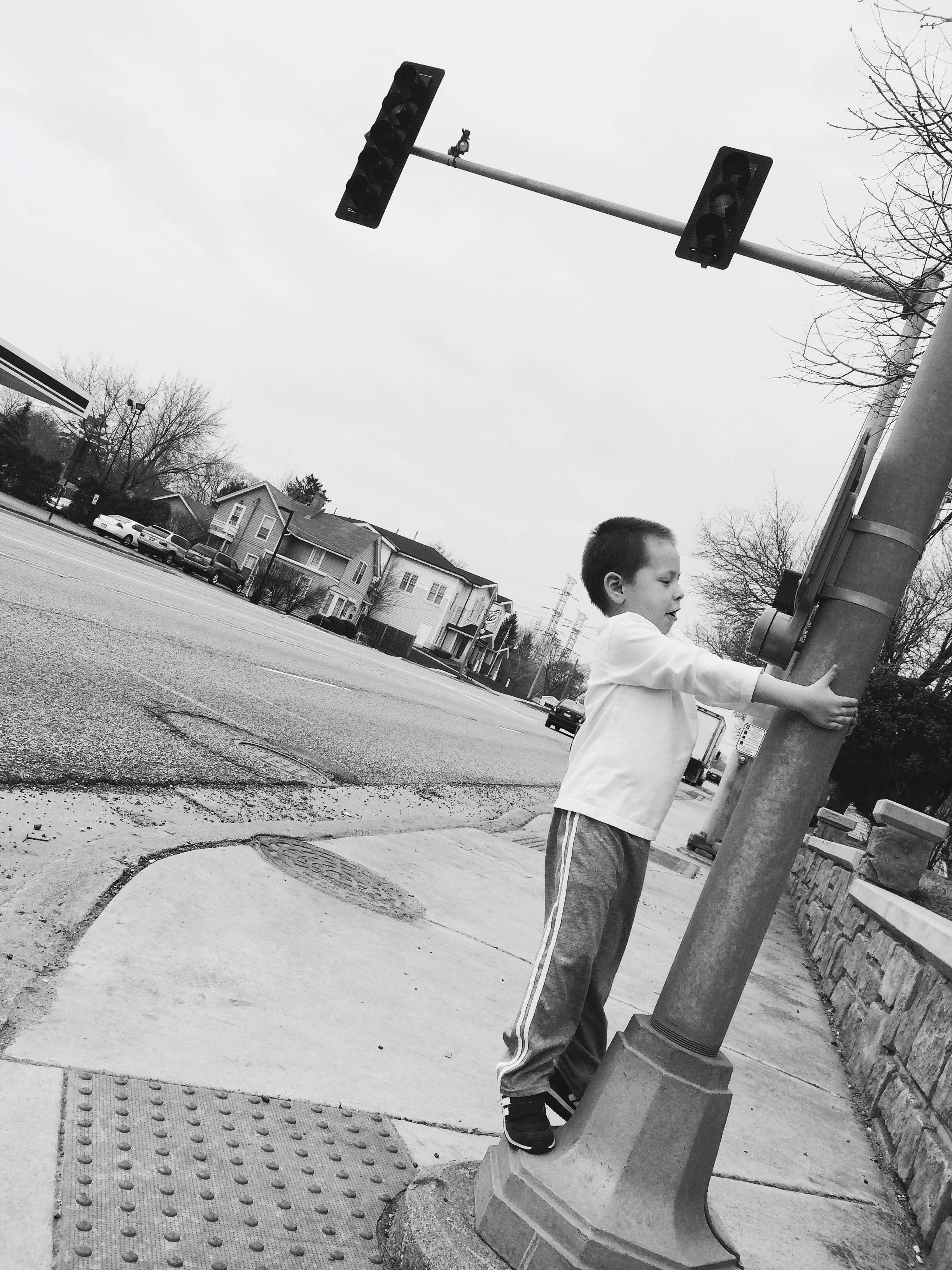 This is the crossing signal by our house. He’s lovin’ on it. 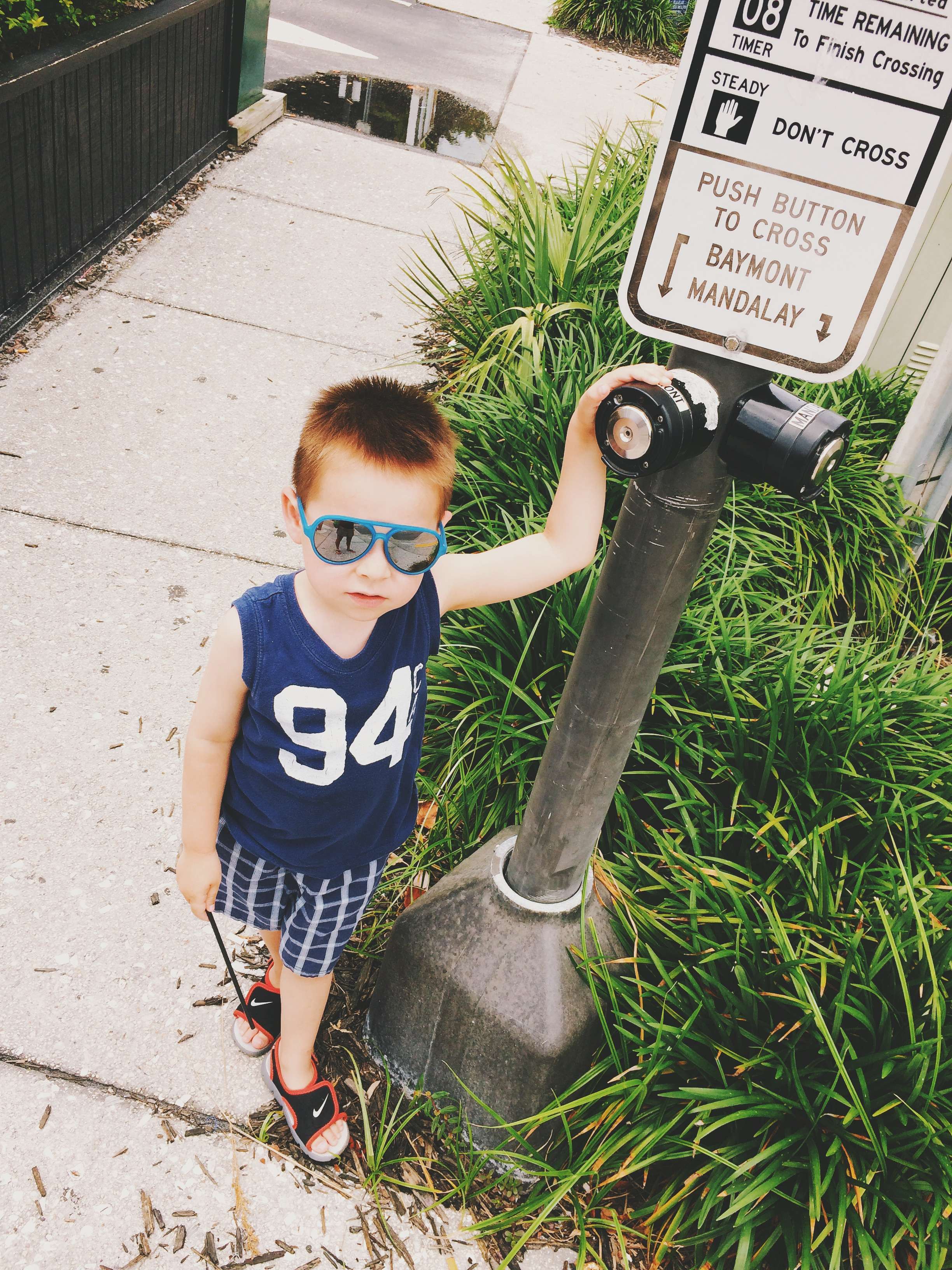 Sweet! They have crossing signals in Florida too! (And straws. Double awesomeness.) 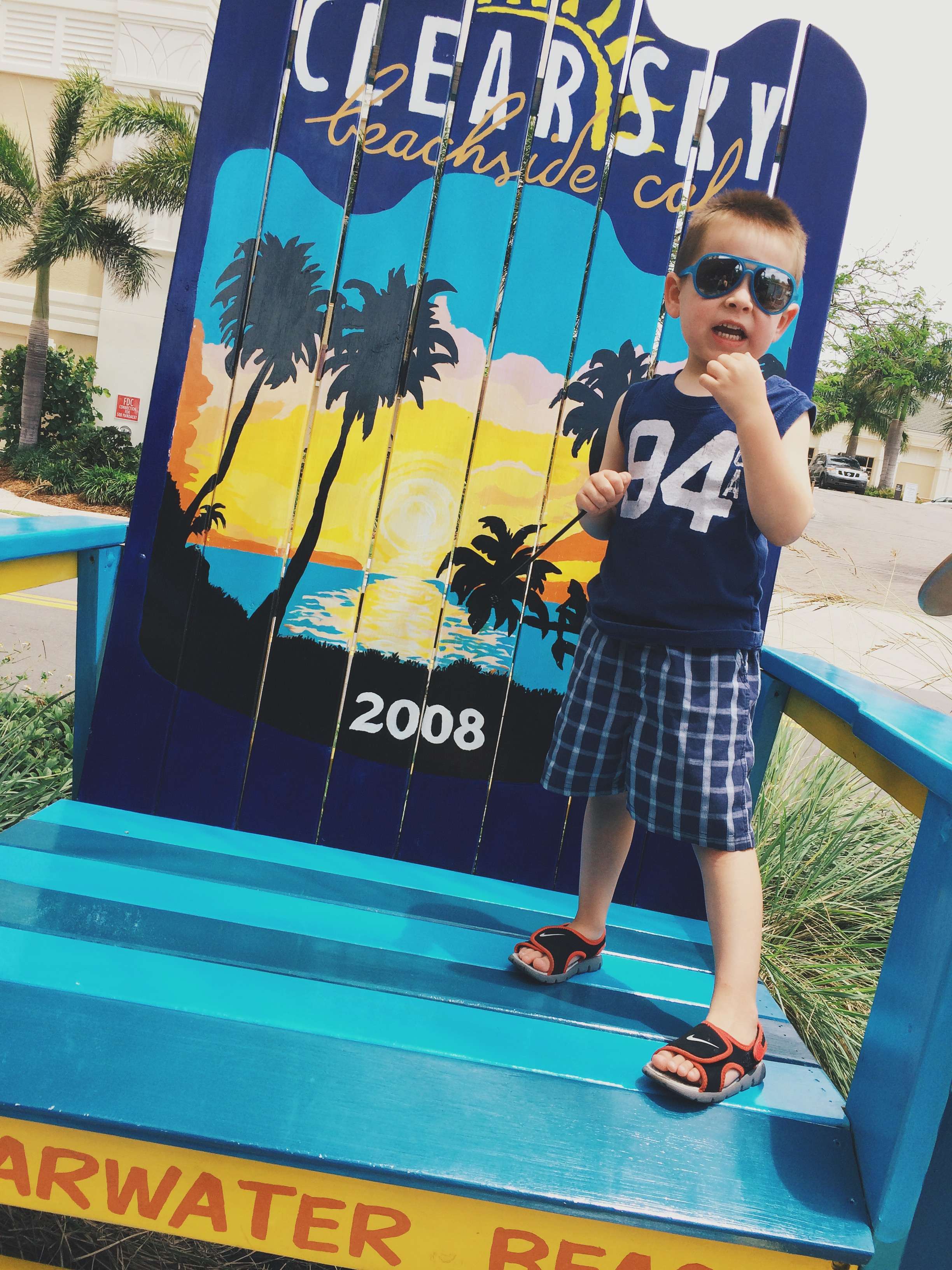 He was a little freaked out to stand on this big “photo op” chair, but he stretched himself and got up there for the obligatory photo. (He’s got that, “I’m not so sure about this Mama…” face goin’ on. Therefore, a little straw security never hurts.)

Now, another favorite, once it had been discovered, is the pinwheel. (I touched briefly on the pinwheel in the last post as well.) During our cloudy day shopping adventure, we found this store. OH. MY. GOODNESS. I could not get him out of there.

All of those things behind him were spinning. And the pinwheels at the entrance, with the strategically placed fan blowing down as you walked into the store, put those babies flying in high gear!

As you wandered to the back of the store it was packed full of wind chimes. All I could think of was this video (link also on my Extras page.) This store represented the autistic person’s dream or possible nightmare (STIMULATION OVERLOAD!) 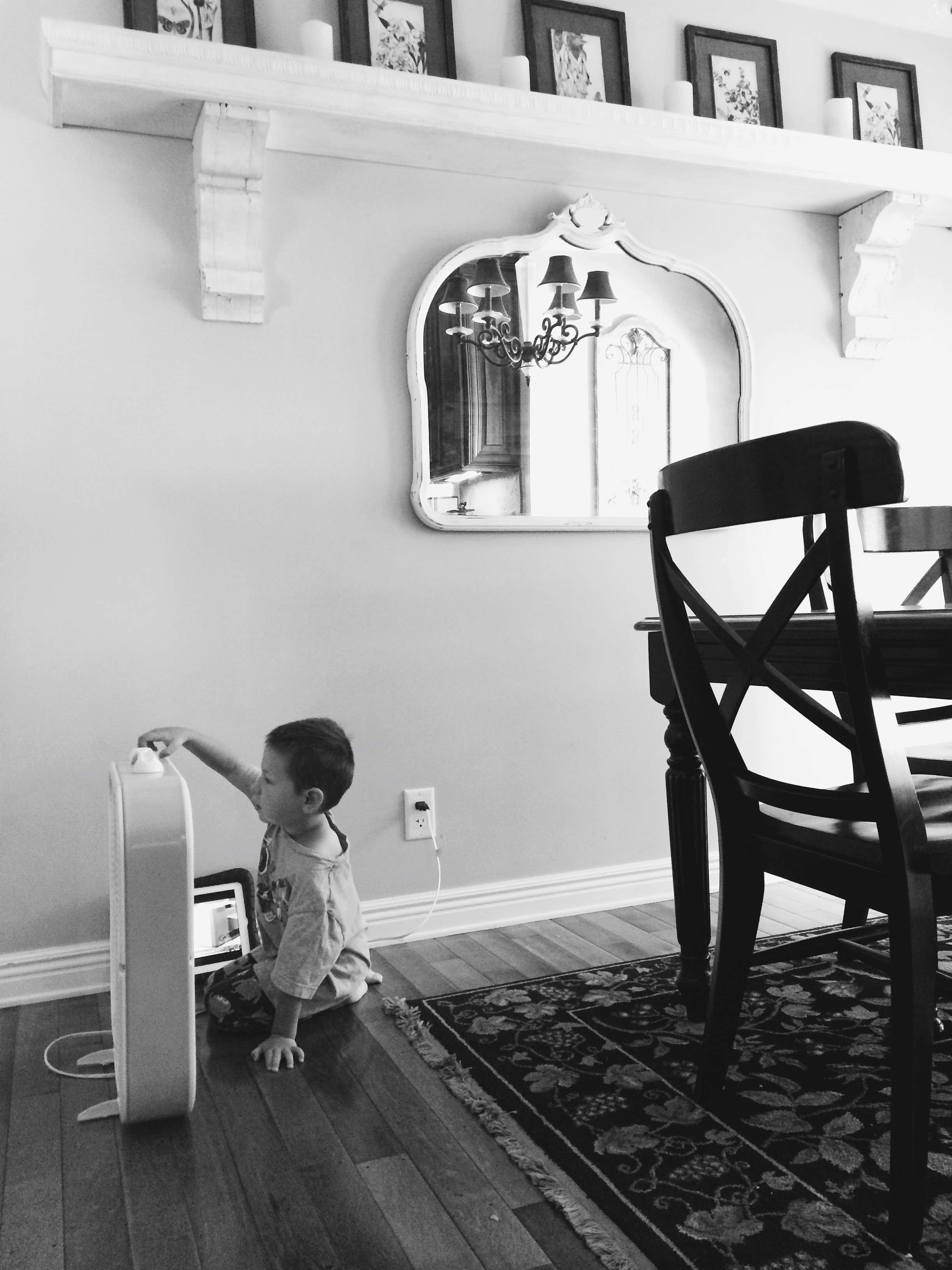 Jasan has had a HUGE interest in fans since before his first birthday. You would think he would be sick of them by now, but no way. There is still an allure to the fan that keeps on giving. As he gets older though, he likes to seek out the fan in it’s many uses beyond your traditional box fan. He has figured out that air conditioners on sides of houses or buildings include a fan. (That’s a big draw on the side of our house. I’ve been known to pull a chair around and have a seat while he does his “checking it out” thing. I have found that it is something not to be rushed.) 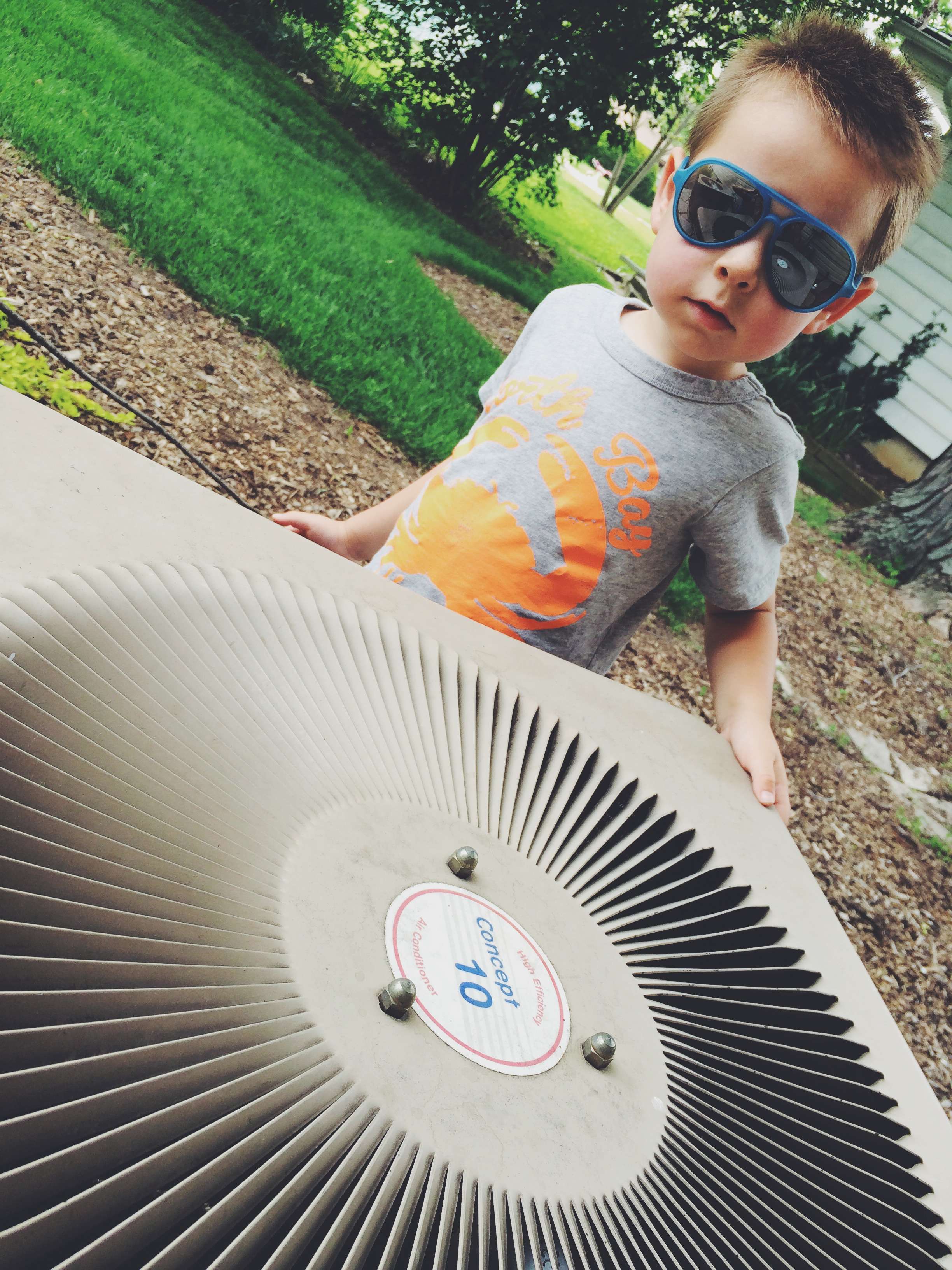 Ha. Snapped this goodie the other day.

He has discovered that fans exist under the hood of the car, in any kind of motor capacity, and also in his super awesome “box” that our pilot friend, Mr. Rob made for him. (The “box” is on the left in the photo below.)

(He often multitasks. In this photo he was creating a pattern with the video he was watching, of him in Mr. Rob’s plane, to go with the sounds and actions as he would press certain buttons on the box. Multitasking & Jasan will have to be a whole other post in itself to come…)

Getting back onto the subject of fans, it was pretty sweet when we found this gem of a restaurant to eat at while shopping that day! 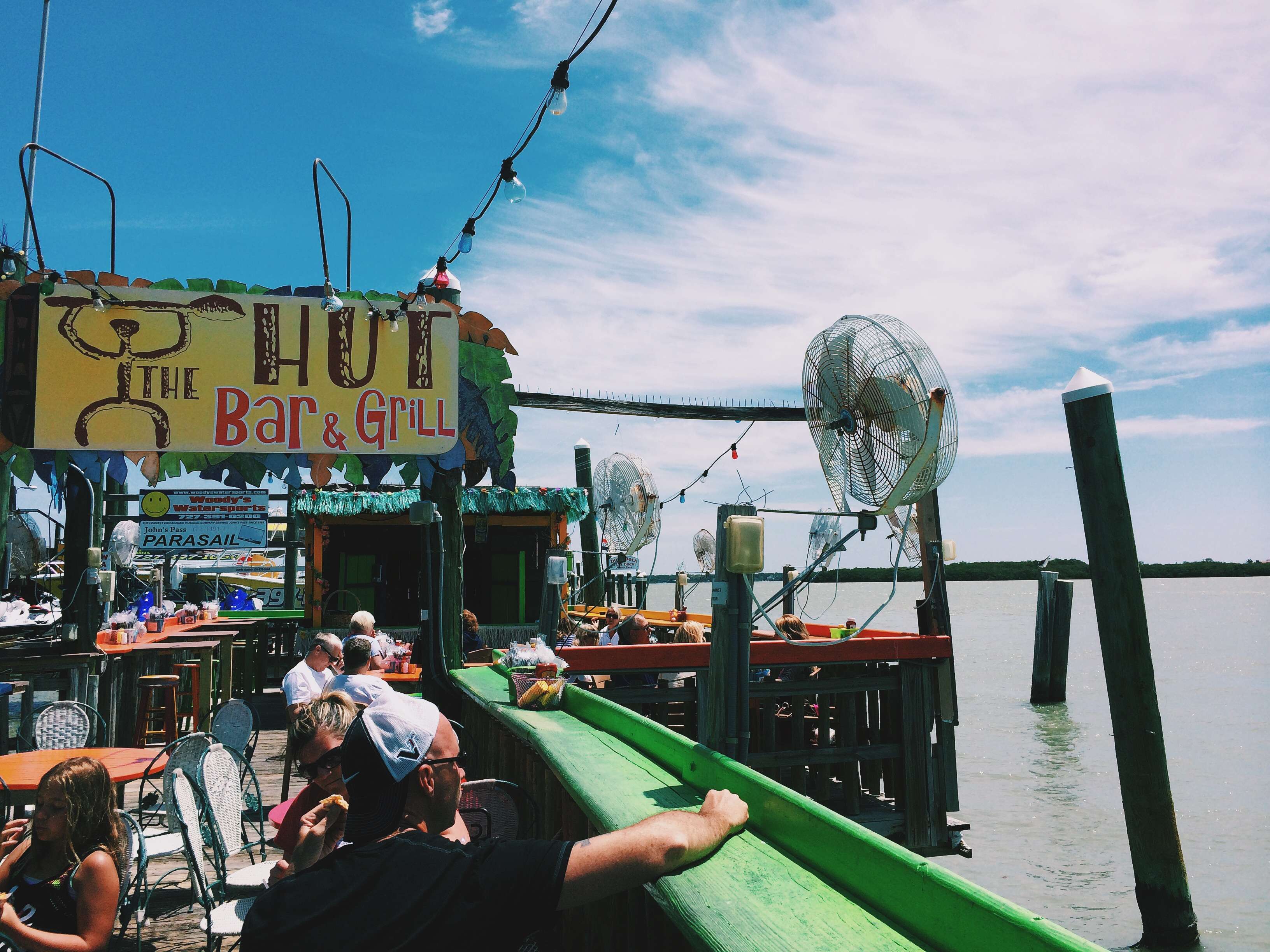 It was completely surrounded by water except for the pier that got you there. The fans that were hanging all around this cute spot caught Jasan’s eye right away! We found a table in a corner, near a fan, where we could watch the pelicans. Too cool.

Part of loving my son and his autism is recognizing what makes him feel good. Sometimes it’s the little things. A pinwheel, a couple of straws, or a box fan can put a smile on his face so fast. Sometimes that may mean taking a 5 minute break as we are walking along because he wants to stop and look at a bunch of meters. 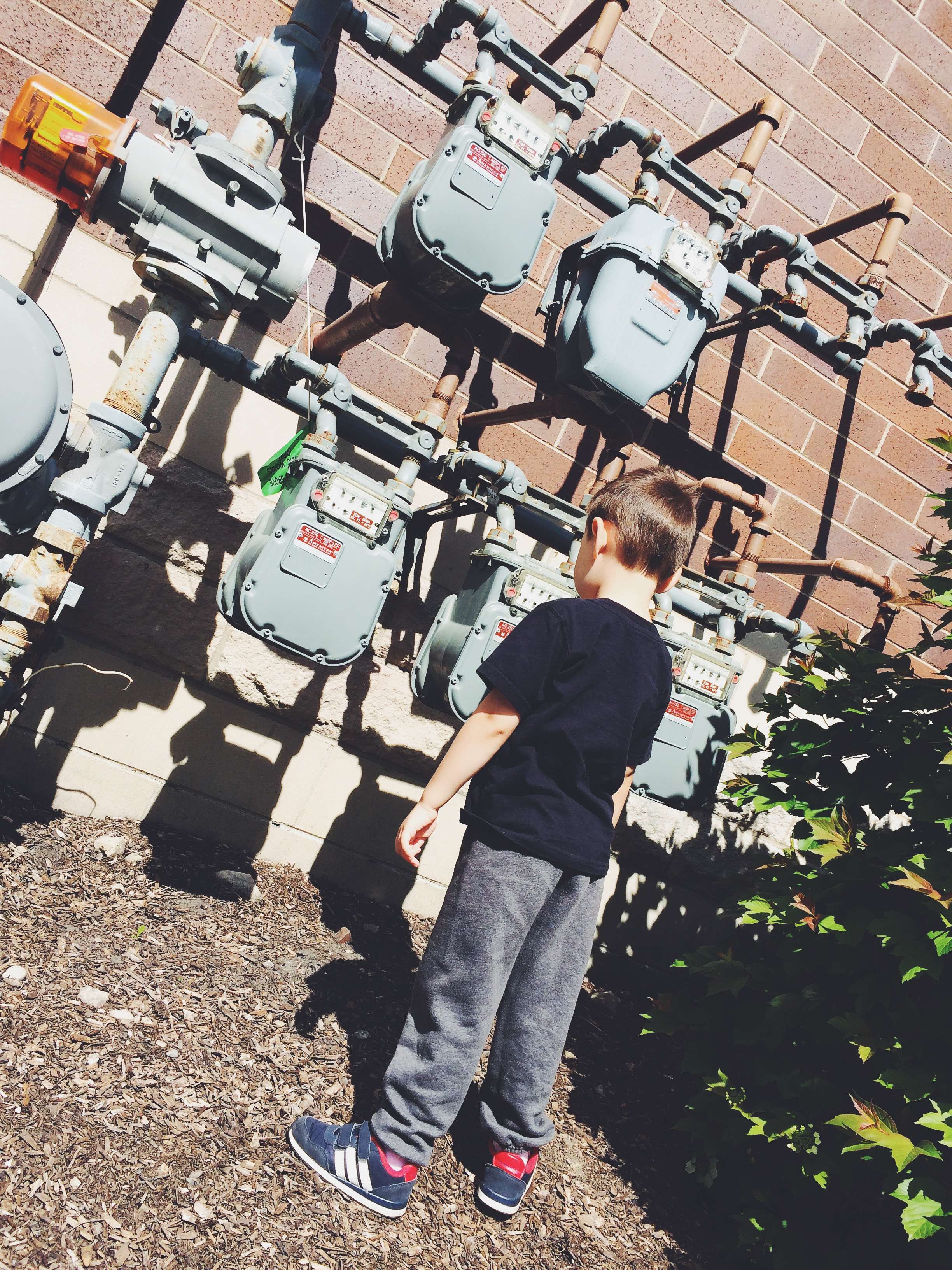 Or maybe “The Lobster Zone.”. 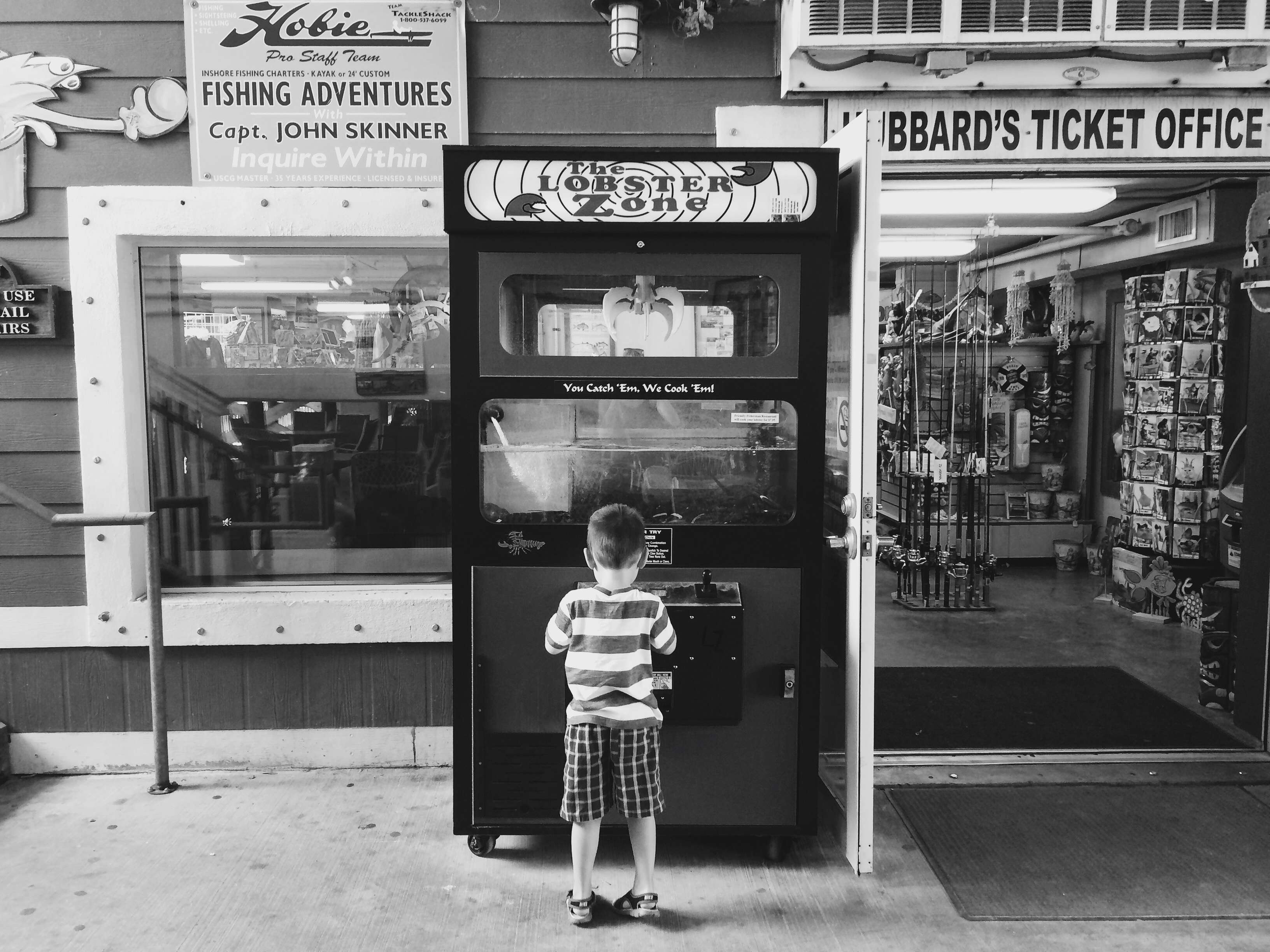 Whatever floats his boat.

I’m helping add webpages (experiences) to his picture internet (that is his brilliant autistic brain.) The more webpages he has, the more knowledge he has to refer to. I am determined to build his library.

I was suggested this web site by my cousin. I’m not positive whether this submit is written by means of him as no one else recognise such detailed about
my trouble. You are incredible! Thank you!