It’s been some time since I have sat here, at my computer, alone. It’s nice. Time to gather and get out many thoughts I have been having about a big subject; INTERACTION. 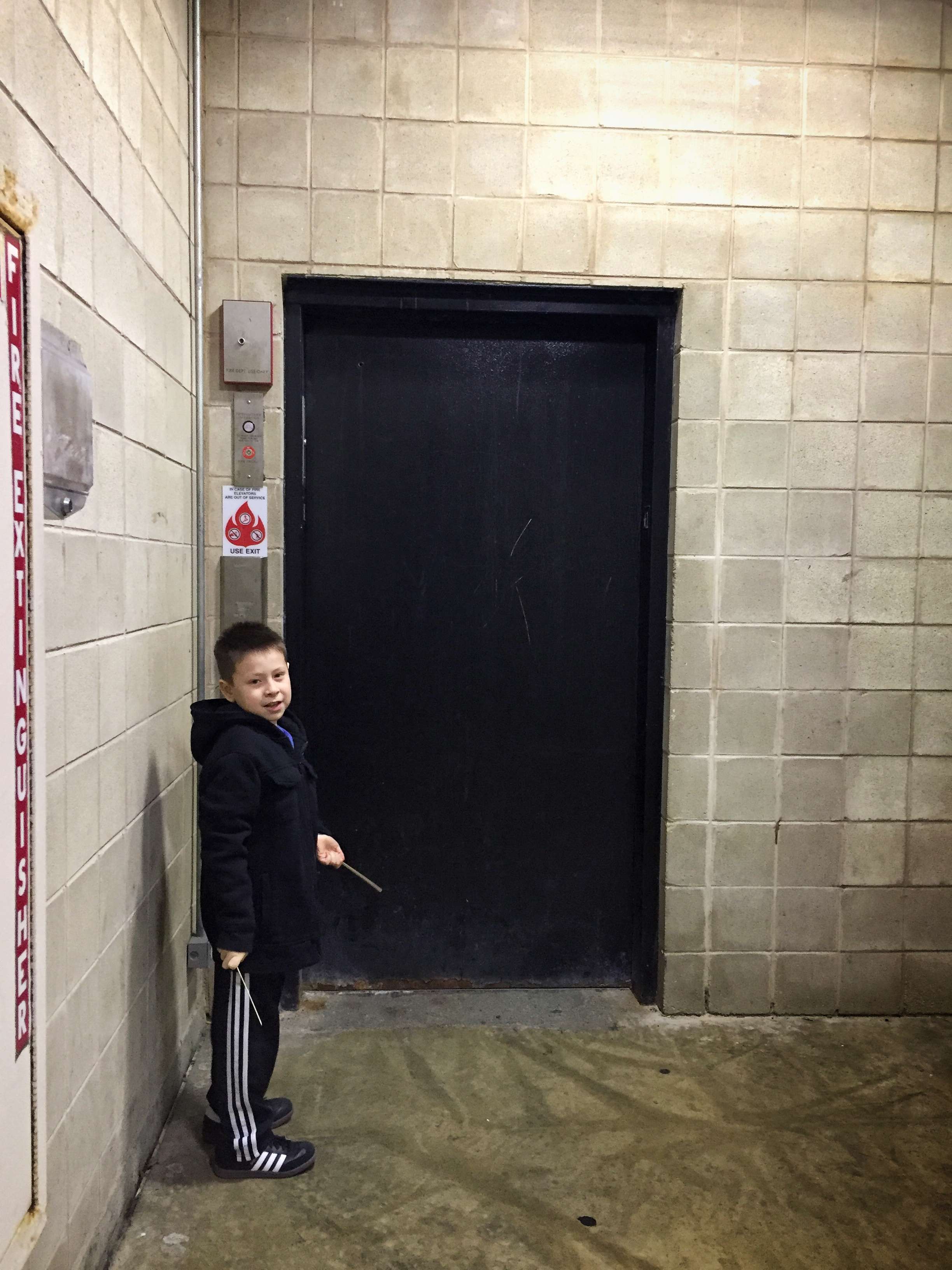 IT’S TIME FOR ME TO SHUT UP. I didn’t realize how much I fill in the “empty” spaces in conversation or explain behavior when Jasan is communicating with other people. If he is having a meltdown of some sort in a store and someone that may be nearby makes eye contact with me, I whisper, “He has autism.” It makes ME feel better. Basically, I need the other person to understand that I am not a shitty parent and that’s WHY he is acting out. I blame it on the autism. I know, I know. I should’t care what anyone else thinks. But damn! That is really hard to do when it feels like you have a hundred judgmental people giving you the evil eye while your child is hitting or yelling at you; especially times when I have been on the floor trying to restrain him. That brings looks for sure.

As he is getting older, I have been more aware of my behavior when it comes to these situations. I make a point to keep this thought forefront in my mind:

“The people around me don’t matter. My son does. He needs ME and my CALM voice. He needs me to be 100% present for him in this moment.”

It’s been working very well for me. The awesome thing? It’s interesting when I keep my cool and focus how many parents walk up to me and say, “I get it. You are a great mom. Don’t worry; it will get better.” Wow. Talk about different energy attraction! When someone says kind words in a moment of stress, it takes that uncomfortable feeling away. It confirms that I am doing the right thing for my boy. What’s better than that?

Most recently, with Jasan’s elevator obsession, we have been frequenting many different buildings. I give him a time frame and let him do his thing to his heart’s content. The interaction that goes on between him and others in the elevators is fun, but also not so much at times. As happy as he is in an elevator, there is a level of anxiety that also occurs for him. He gets very wound up and on edge. It’s hard to explain. Almost as if he can’t control his excitement, but certain chime sounds or the impending “nudge mode buzz” (when the door has been open too long and an alarm sounds) scare him to death. He will cover his ears and push buttons with his elbows when he thinks nudge mode may happen. People stare at him strangely. (This type of moment is my usual cue to mouth to other people “he is autistic.”)

His mama is not going to be standing over his shoulder all of his life helping people understand his sometimes odd behavior. He is growing up and the “he’s a cute little guy and no one cares if something seems off” effect is slowly working it’s way out of situations. Now he may just be the strange kid. 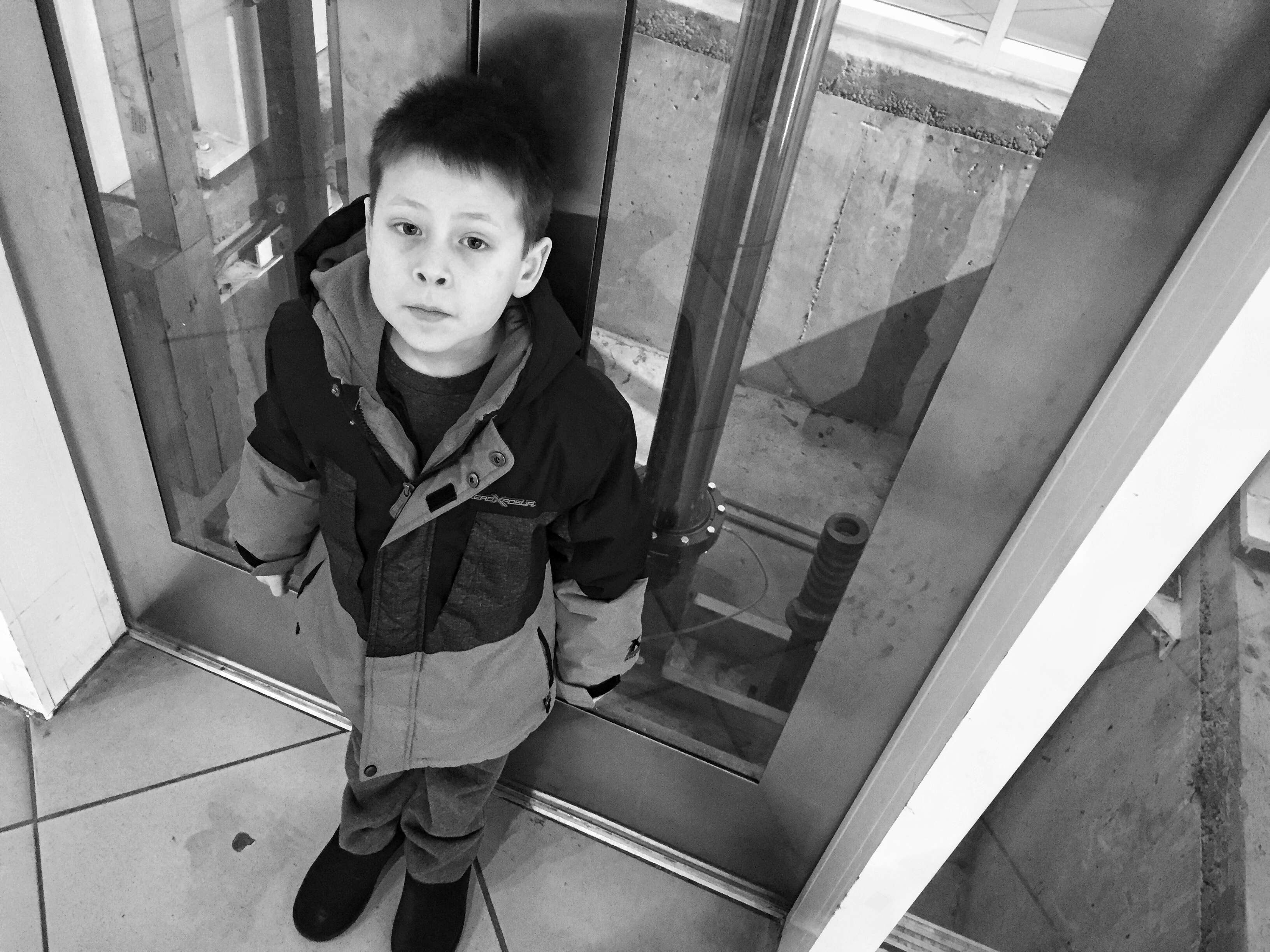 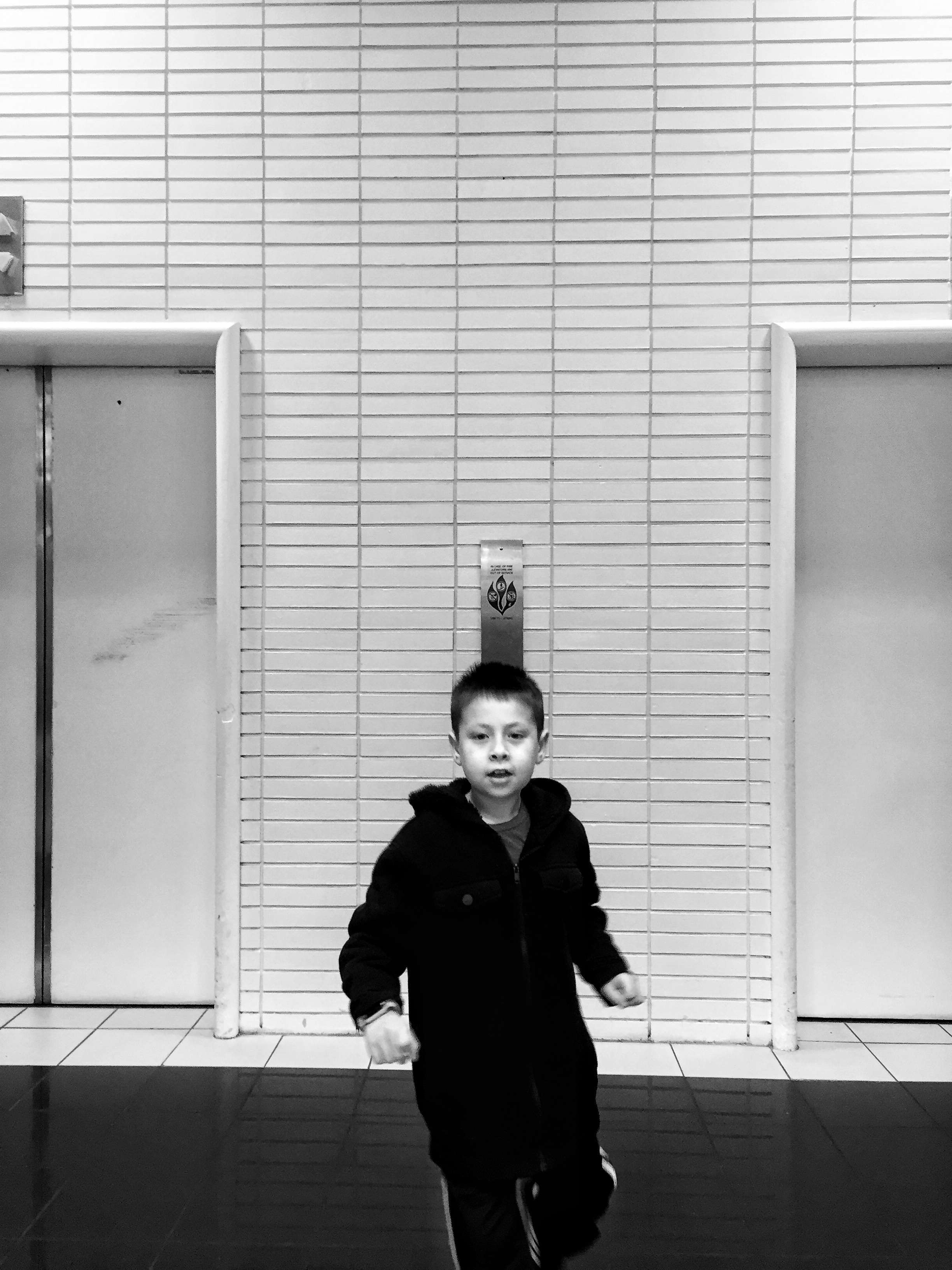 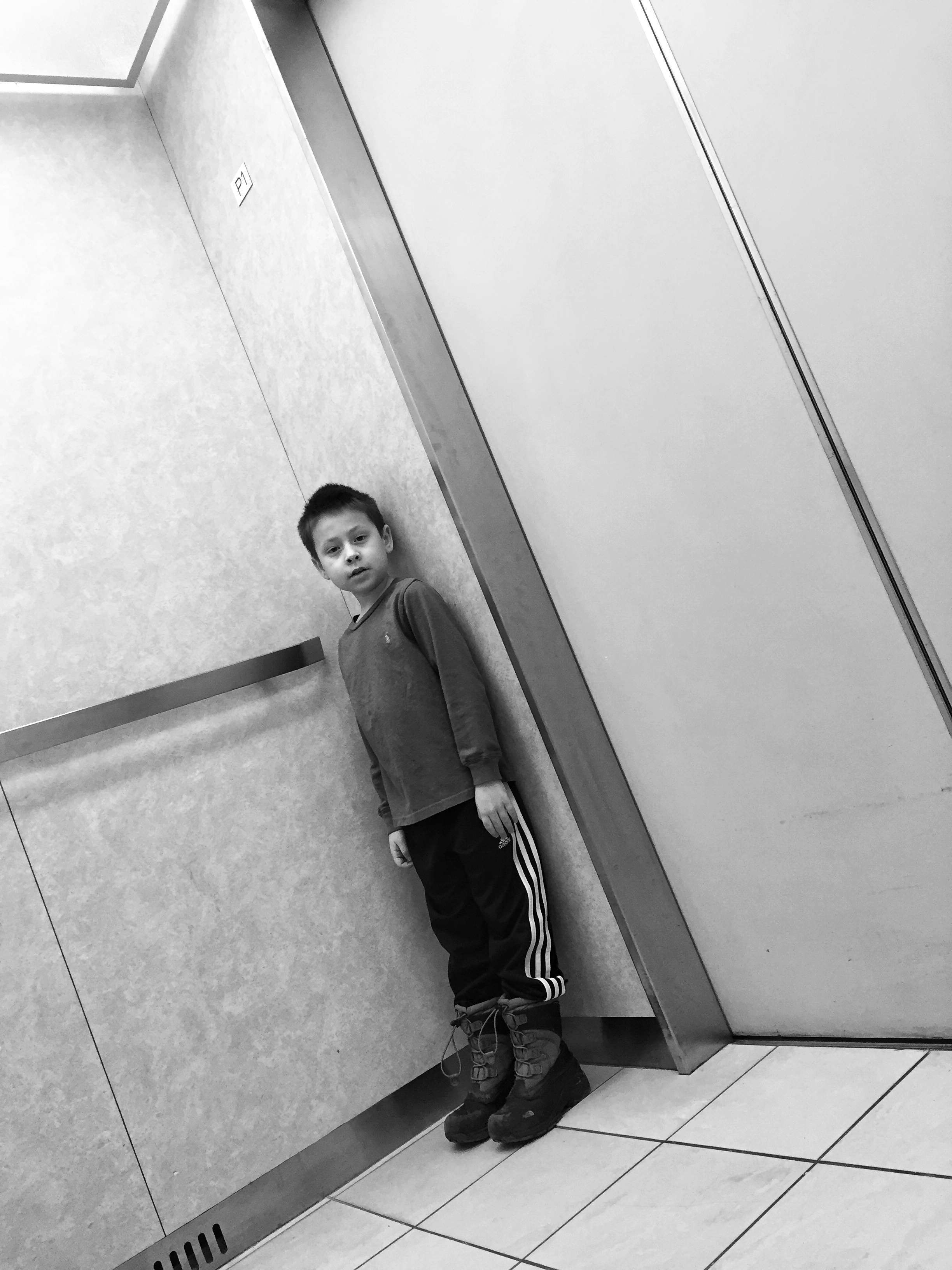 We have been a good team, I have to say. I am a really quick with comments to ease situations. I have surprised myself in that regard; I never thought I had that in me. He says something that makes no sense to anyone (but him and me,) and then I say something witty and people laugh. It all makes sense then. My embarrassment (which I hate to say even exists) goes away.

I don’t like saying that I am embarrassed of him (sometimes) because I totally, completely love who he is. Difference is, now I am getting used to being quiet. The buffer of opening my mouth so that other people understand the whole picture, is now gone. He doesn’t need a “team” anymore. He is 7 years old, and he must learn how to deal with people on his own. If they don’t understand and give him an off-putting look, then so be it. (He most likely won’t care in the slightest.) On the other hand, he can soak in the compliments from people who think he is the cutest “elevator man” ever. He is so polite and courteous; asking which floor that they are going to and letting them know he is pushing the door open button when they come in and go out. 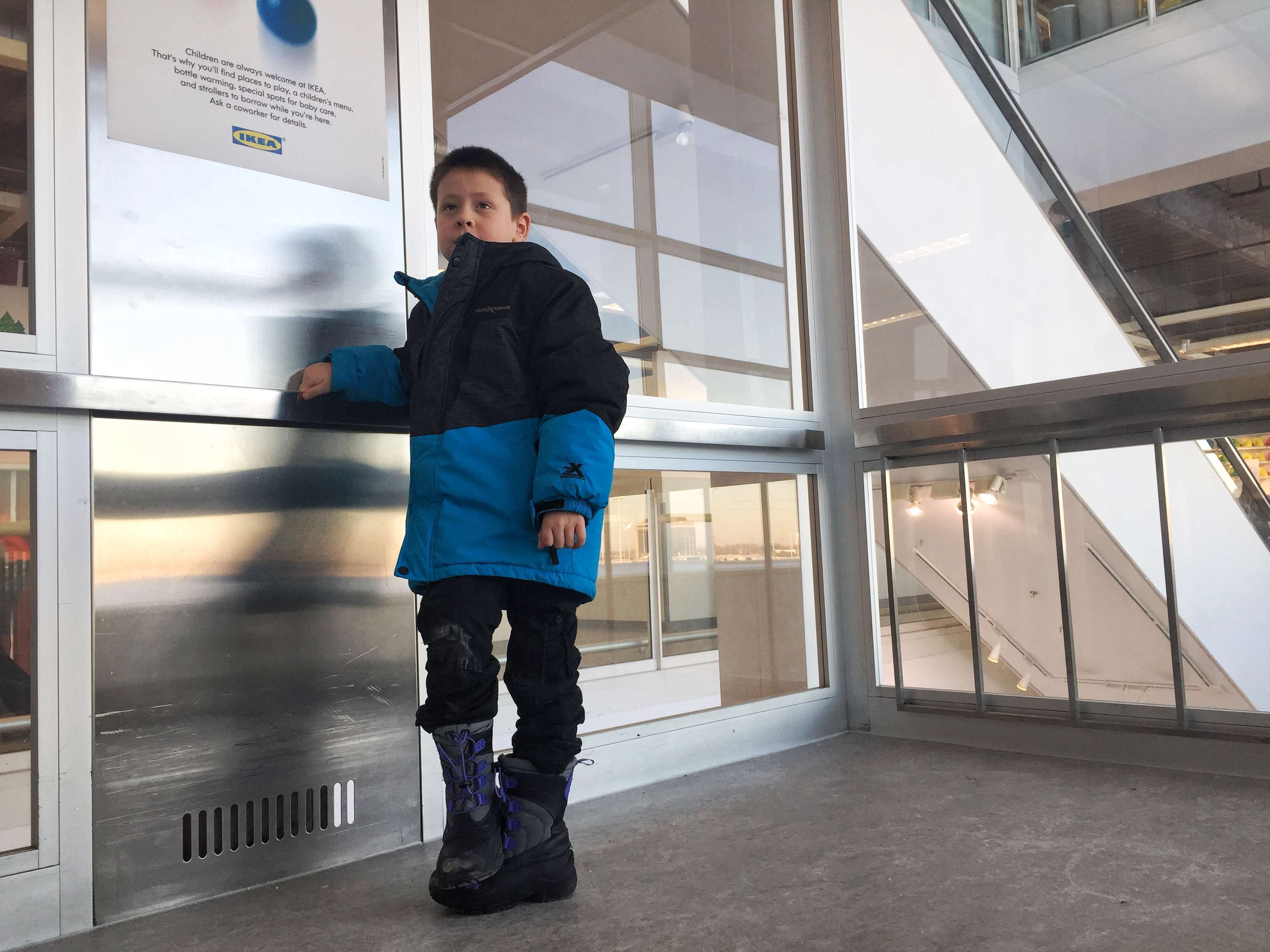 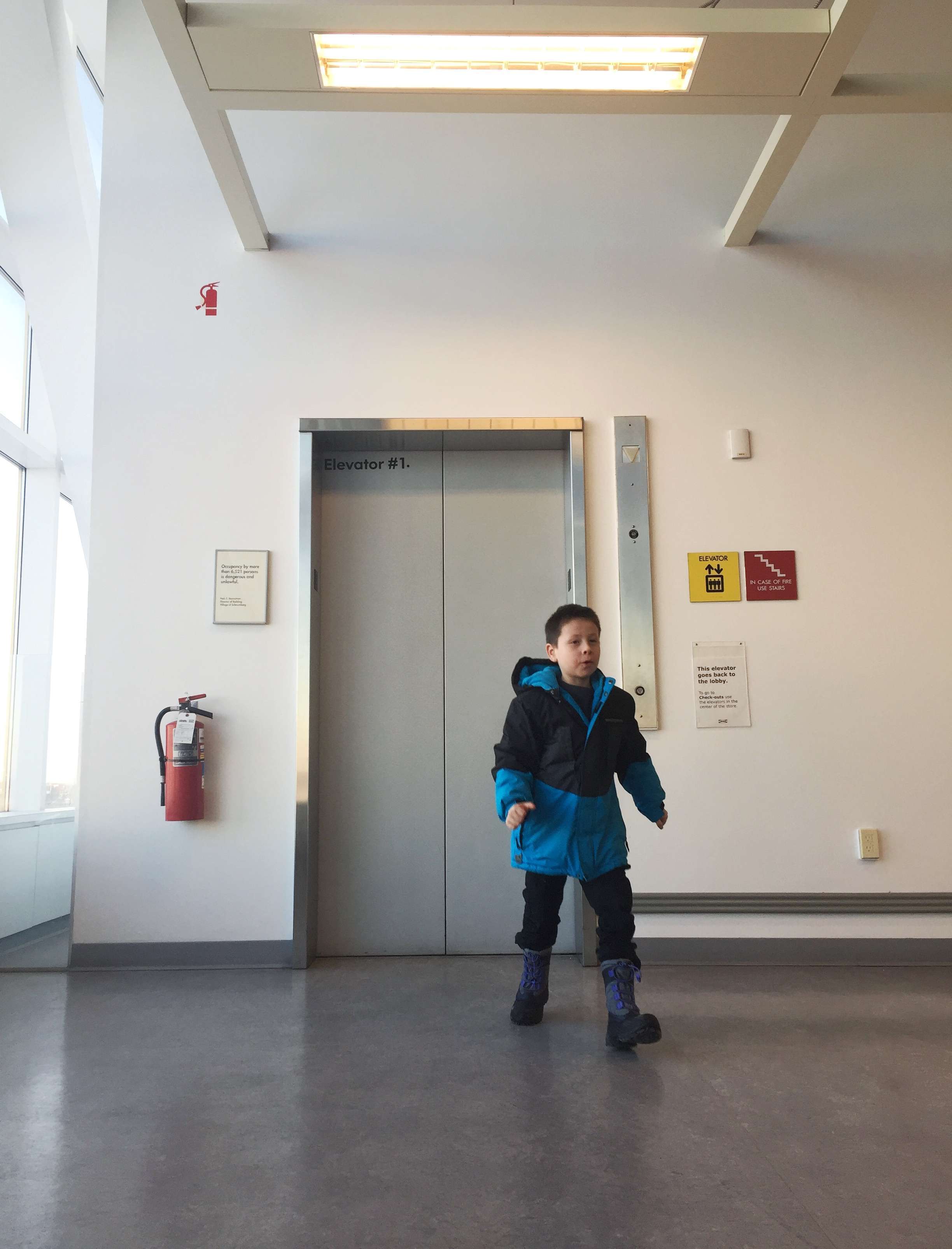 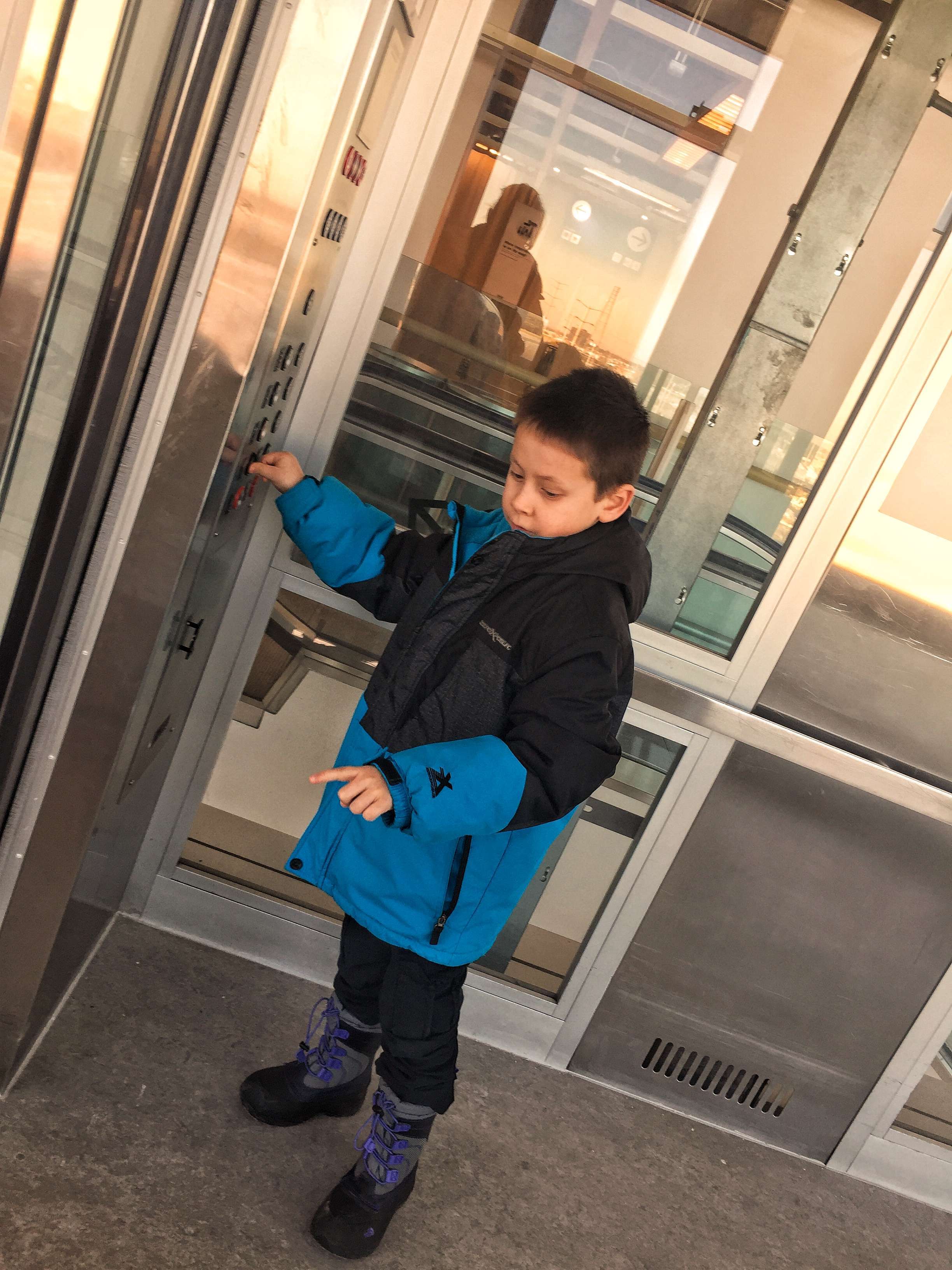 One of the traits of autism is echolalia (repeating.) He used to copy my language before he was able to have conversations. Now he memorizes, down to every little detail and sound, the elevator videos he loves to watch on YouTube. He imitates what these guys say while we take rides. I know EXACTLY what he is talking about when he does this and I am amazed at the accuracy in which he mimics these guys! It’s crazy good.

An example…there are a lot of videos he watches off of one YouTube channel and the videographer is from Sweden (but speaks English.) In Swedish, the word “elevator” translates to “hiss.” “People” translates to “personer.” These two words are all over signs in elevators in Sweden (of course.) He will use these Swedish words when talking to people and they are very confused, obviously. Again, I am used to stepping in and explaining, but I have to stop. It is just going to be weird and that’s it. I am going to sit with it and change how I feel about it! 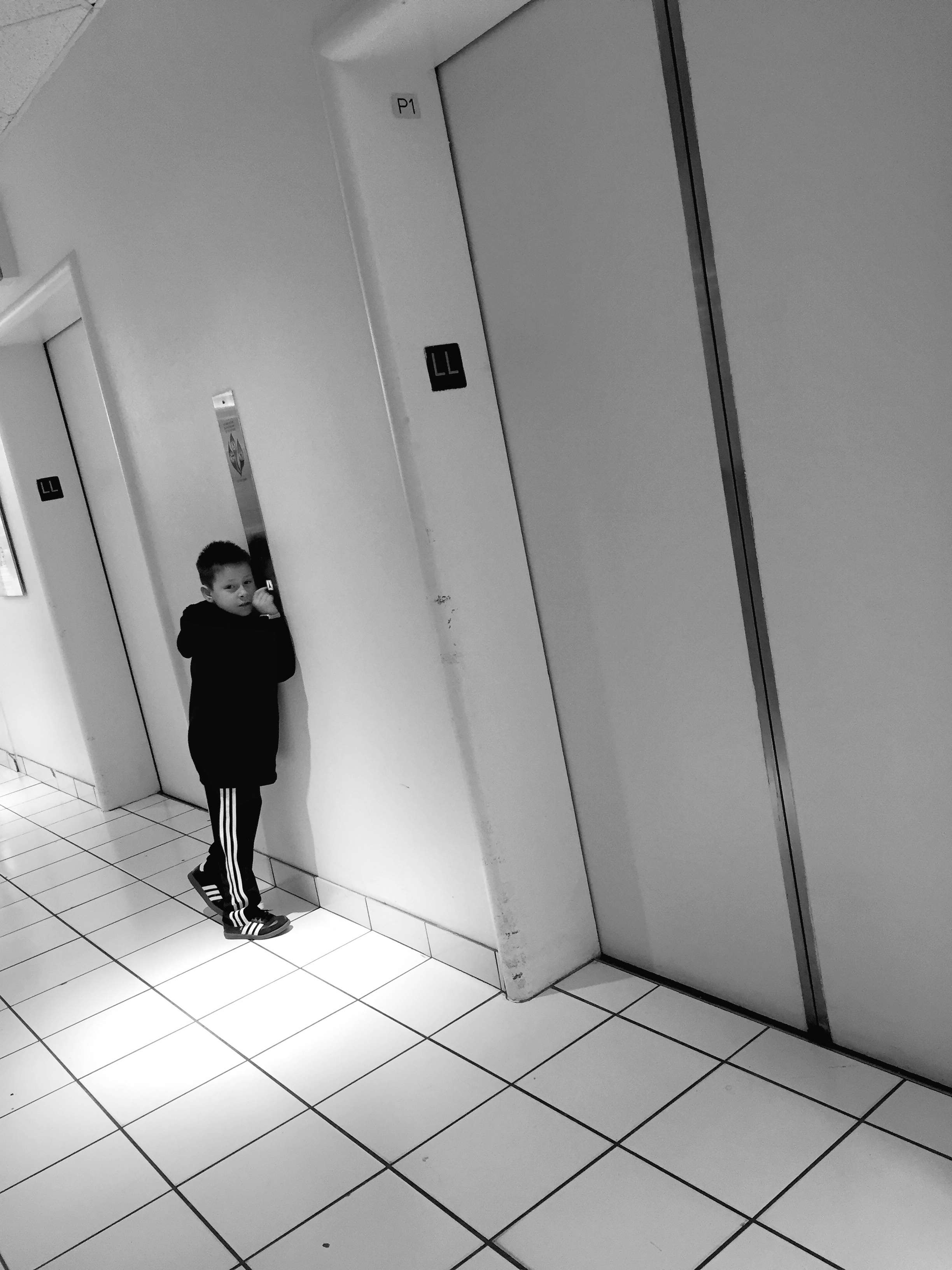 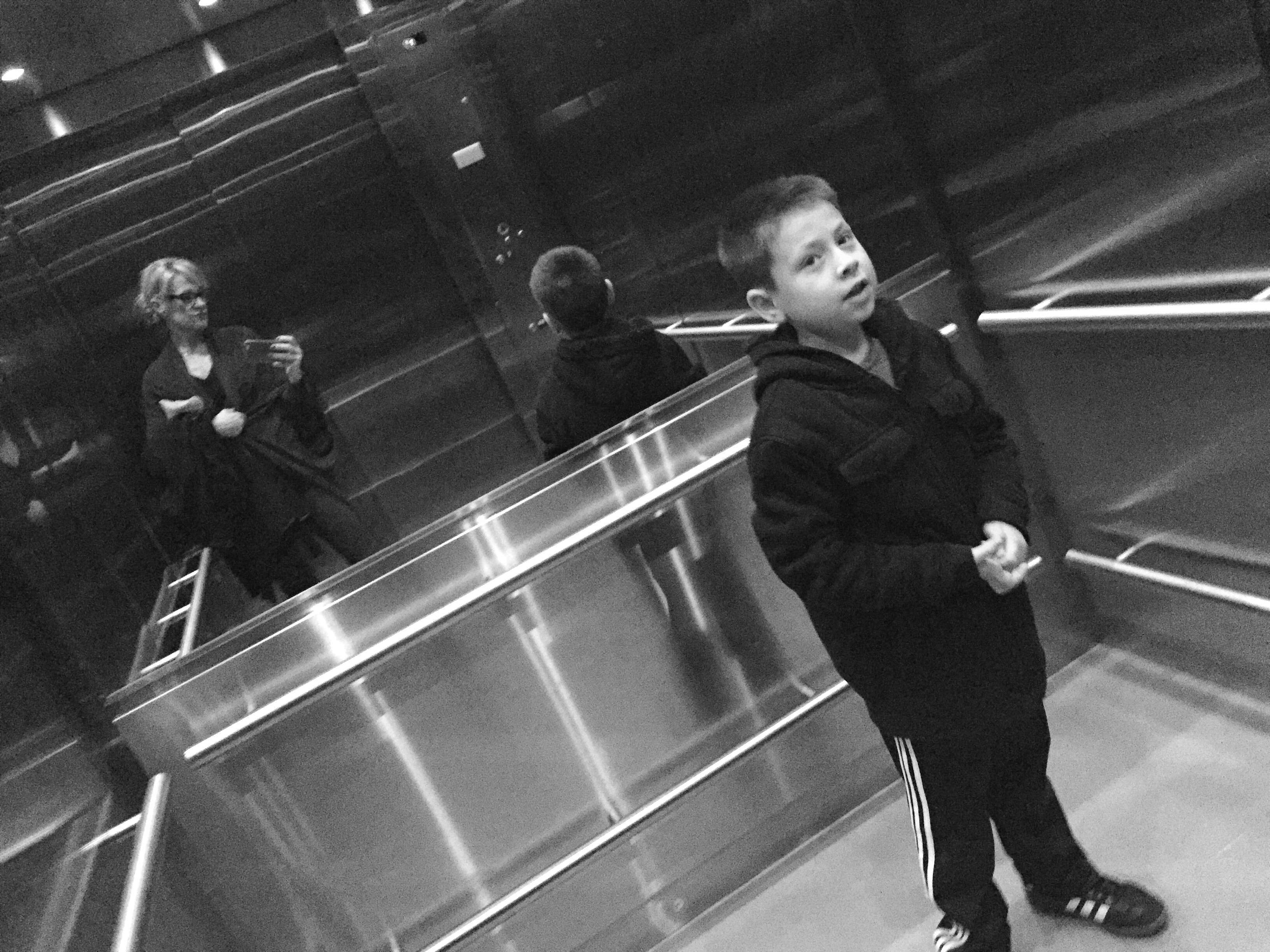 New perspective: It is going to be very interesting to see how he matures and learns how to respond/share his thoughts/information with people. As he gets older, more oddness will come forth in casual chat and he will learn to navigate. His mama is a pretty good conversationalist, so I can always give him tips on the side. 😉

I am very excited to have a growing Elevator Series of Following Jasan photography. I envision an elevator fan book down the road…

*Our favorite YouTube channel is the original, very first (of now thousands) elevator videographer. Andrew Reams, aka DieselDucy. He is a great guy that has Asperger’s syndrome (which is on the Autism Spectrum.)*

I used to have a habit of turning on the weather channel in the morning. (Pre-iPhone. Now I just check the app. I don’t have to wait for the weather on the 8’s. Was it 8? or 7? I don’t remember…but you get the idea.) He has always been attracted to numbers, so of course the weather channel was right up his alley with all of the temperatures. Now that he is getting older, I usually have him check the app every morning for me and we discuss what they day is going to look like.

His item of choice lately to carry everywhere is one of the indoor/outdoor digital thermometers. The brand is Acu-rite; therefore, its name is “Acu-rite weather.” He has two, conveniently, because one was missing for a time period and that was NOT OKAY with Jasan. 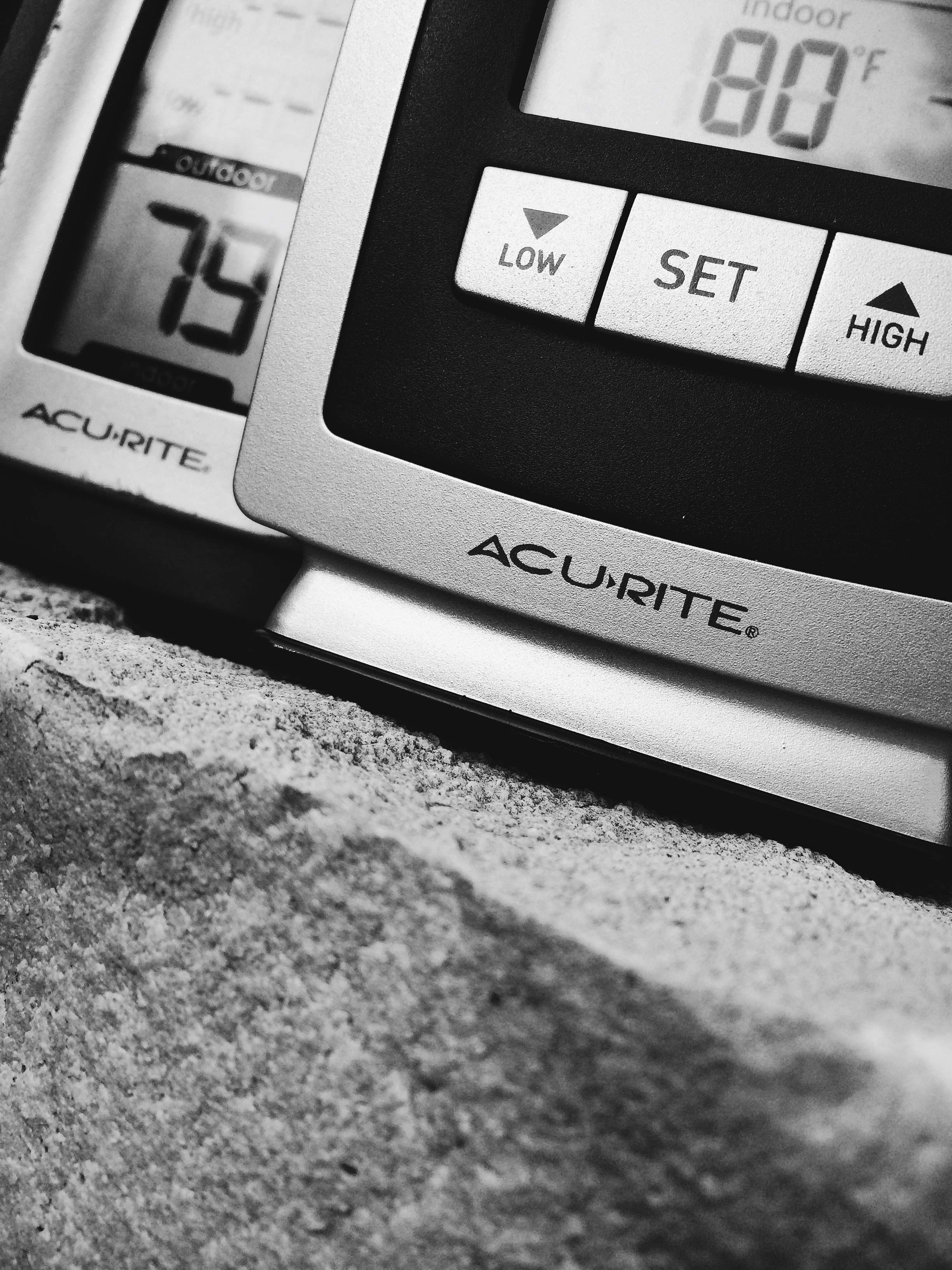 His love of numbers and digital things translates very well to ovens and microwaves. (As long as they are mid-1980’s or newer.)

A good old-fashioned oven thermometer is also fun though. I took these photos of Jasan sometime last year and it proves he still in fahrenheit love for the long haul. 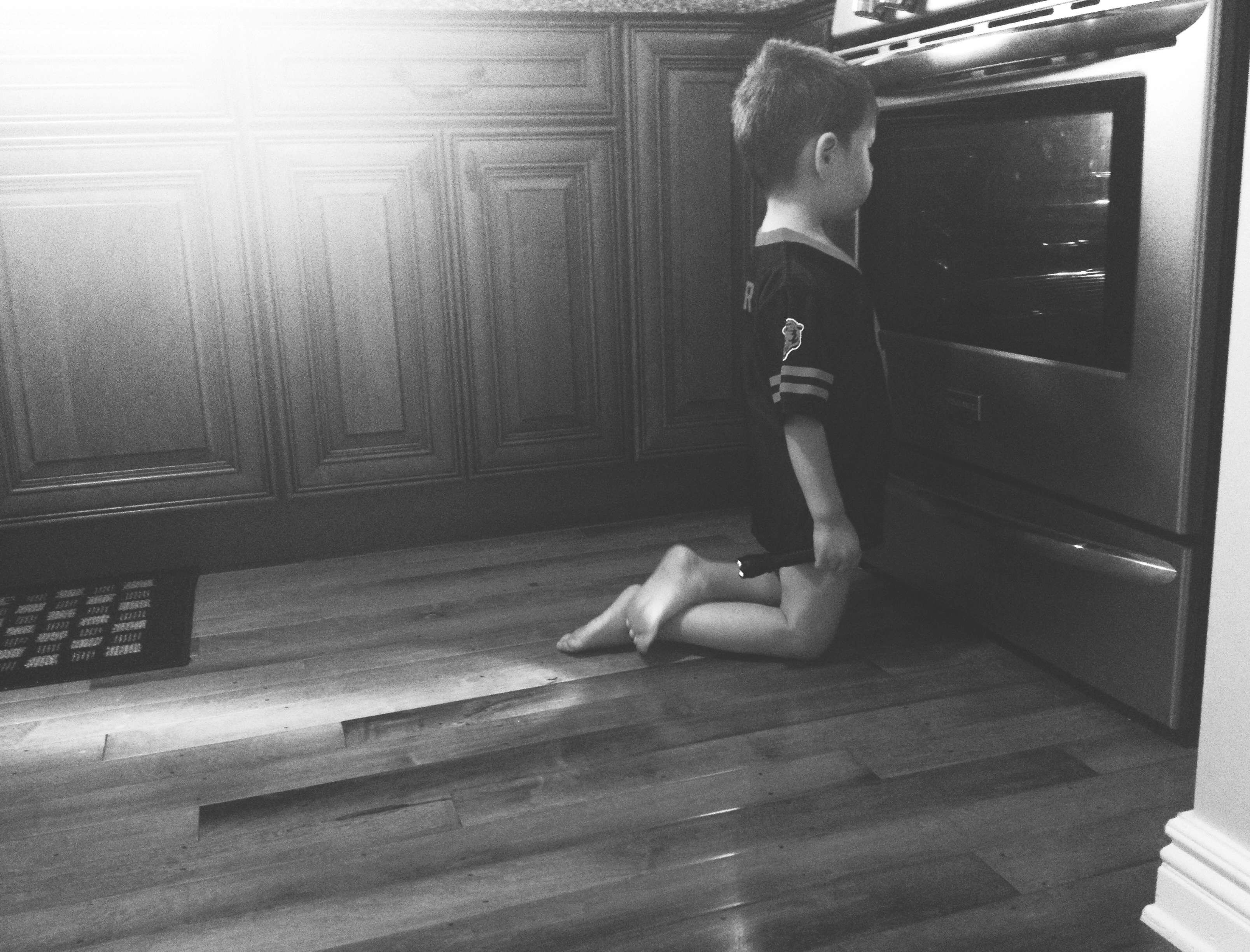 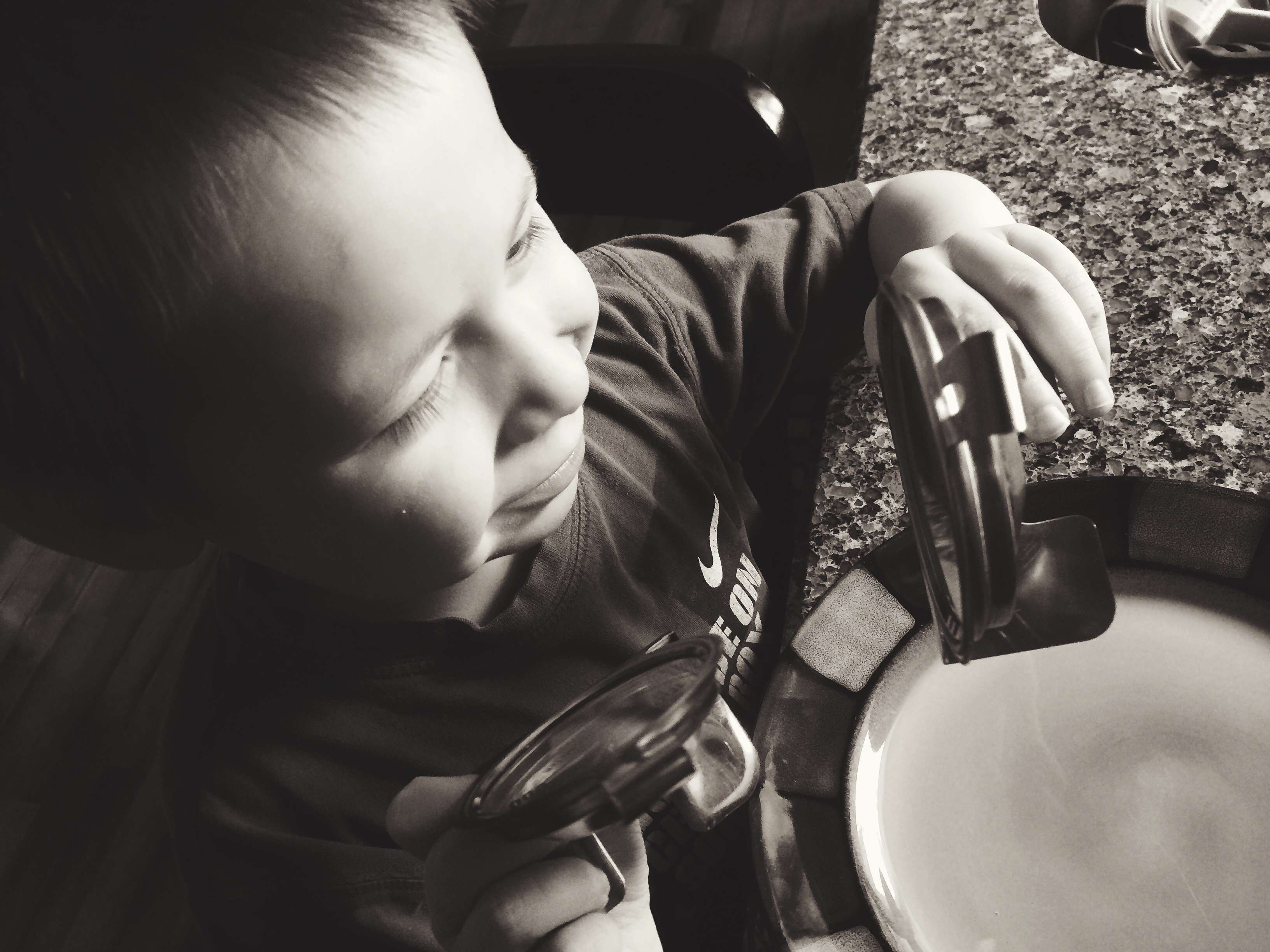 Notice how he has two of those as well. Don’t you love when kids just drop things SOMEWHERE in the house and you search and search and it’s NOWHERE! But then it shows up. Gotta love duplicates. (Especially with an autistic kid and an object of obsession. Oh my.)

This past week he has been stuck on the microwave and oven in our kitchen. My thoughts… “Time for a photo shoot!” 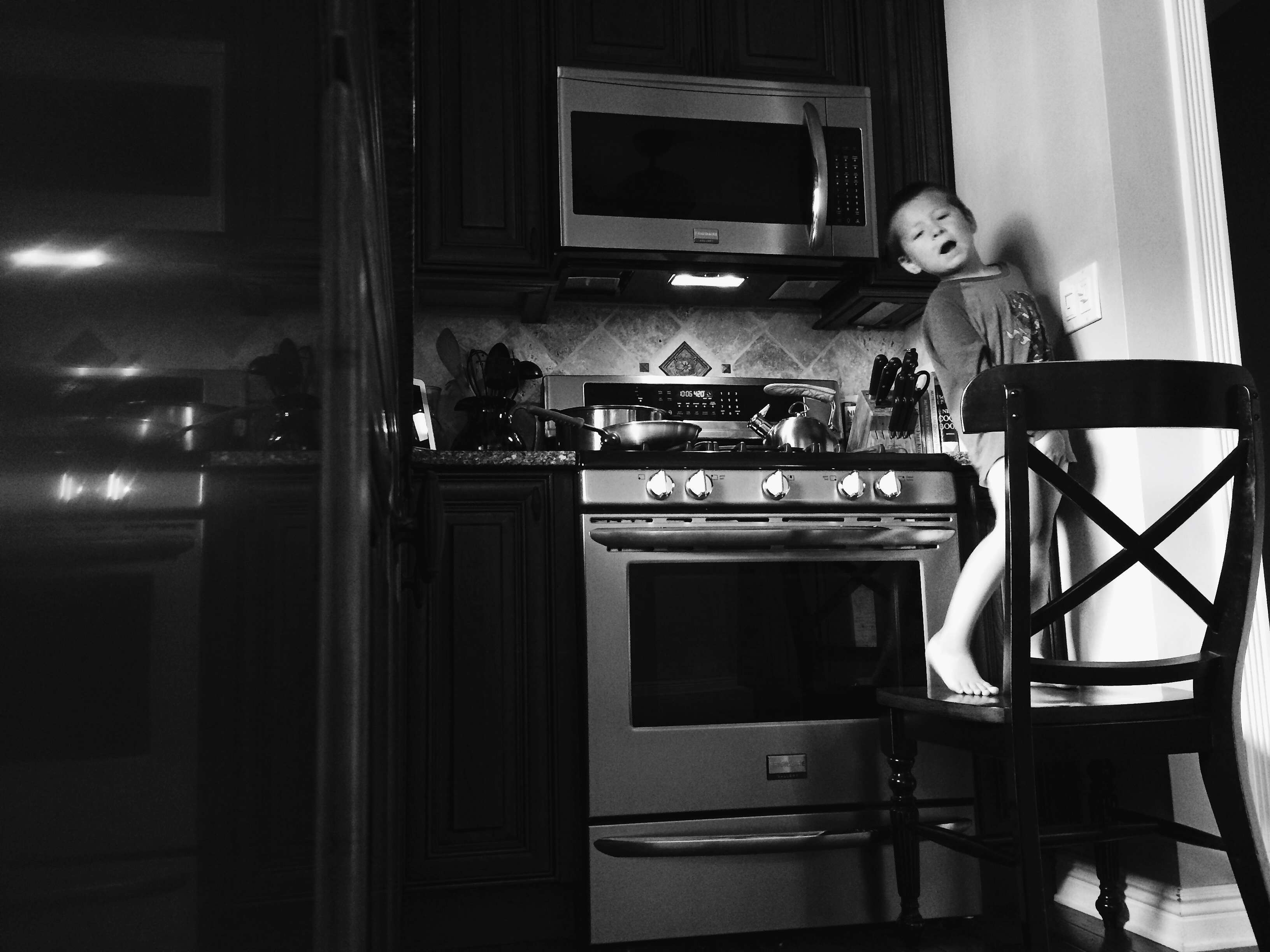 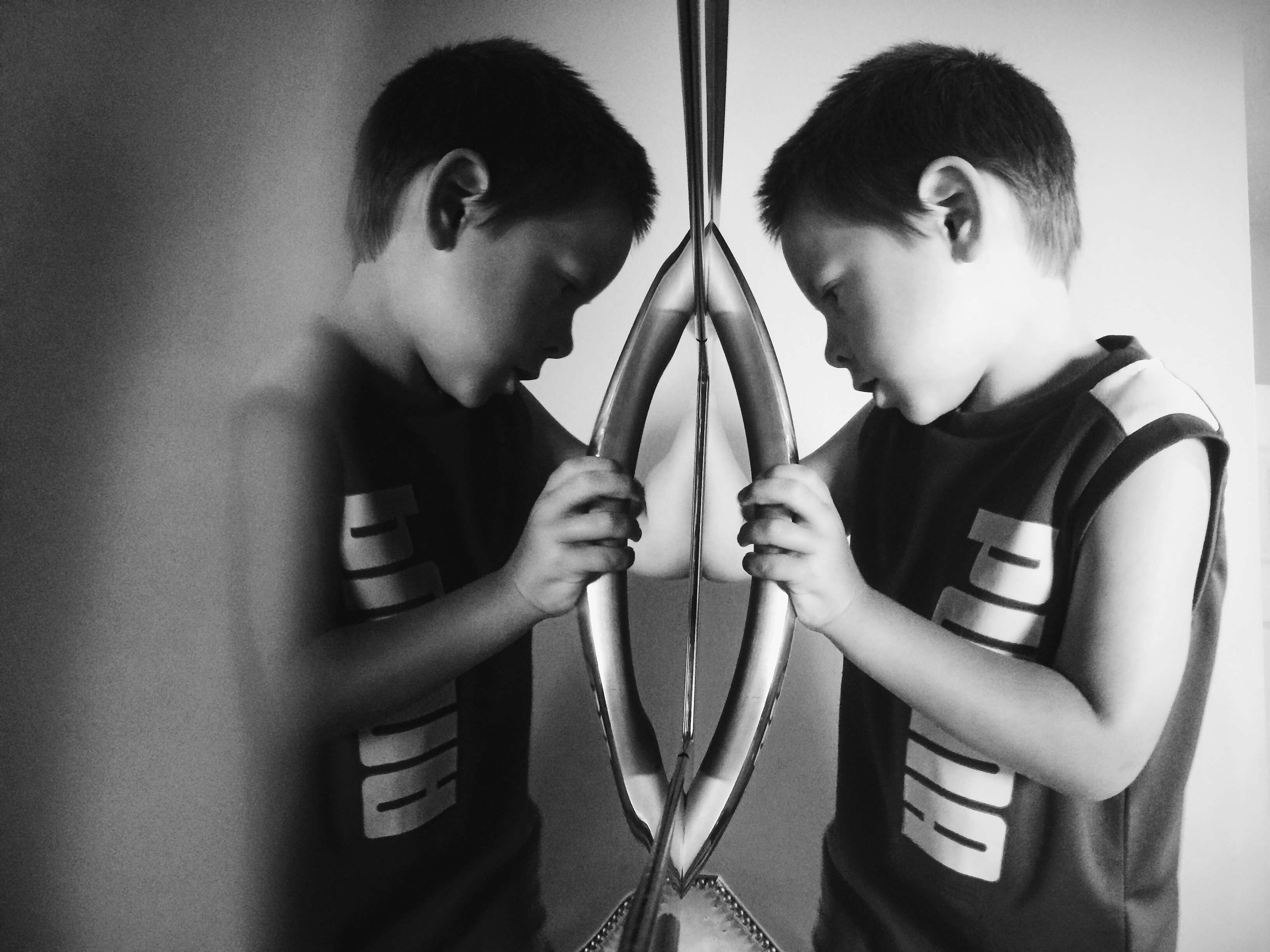 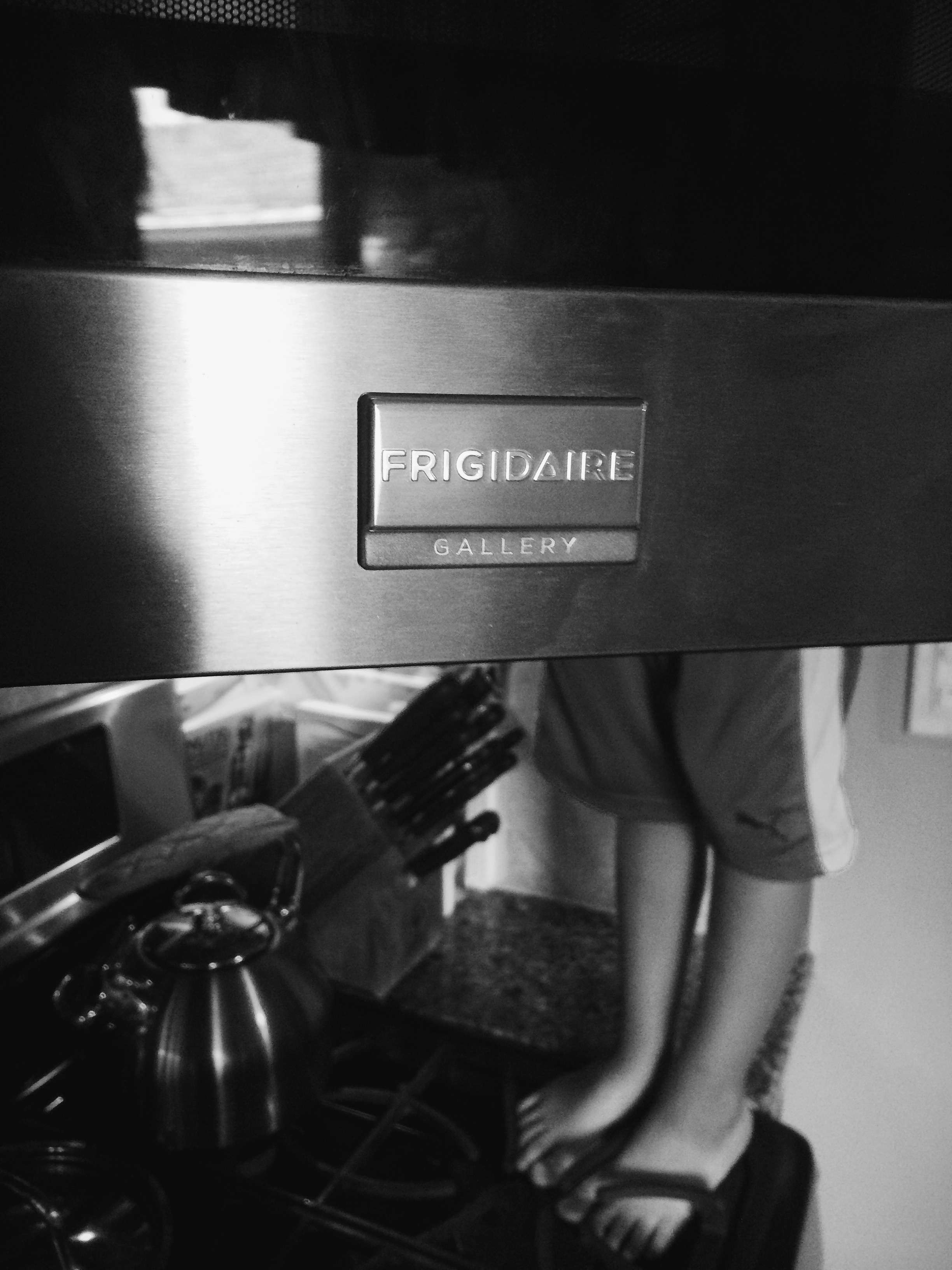 He gets so very excited when the fan symbol light comes on when the oven is on the convection heating setting. Big smiles. It’s the little things… 🙂 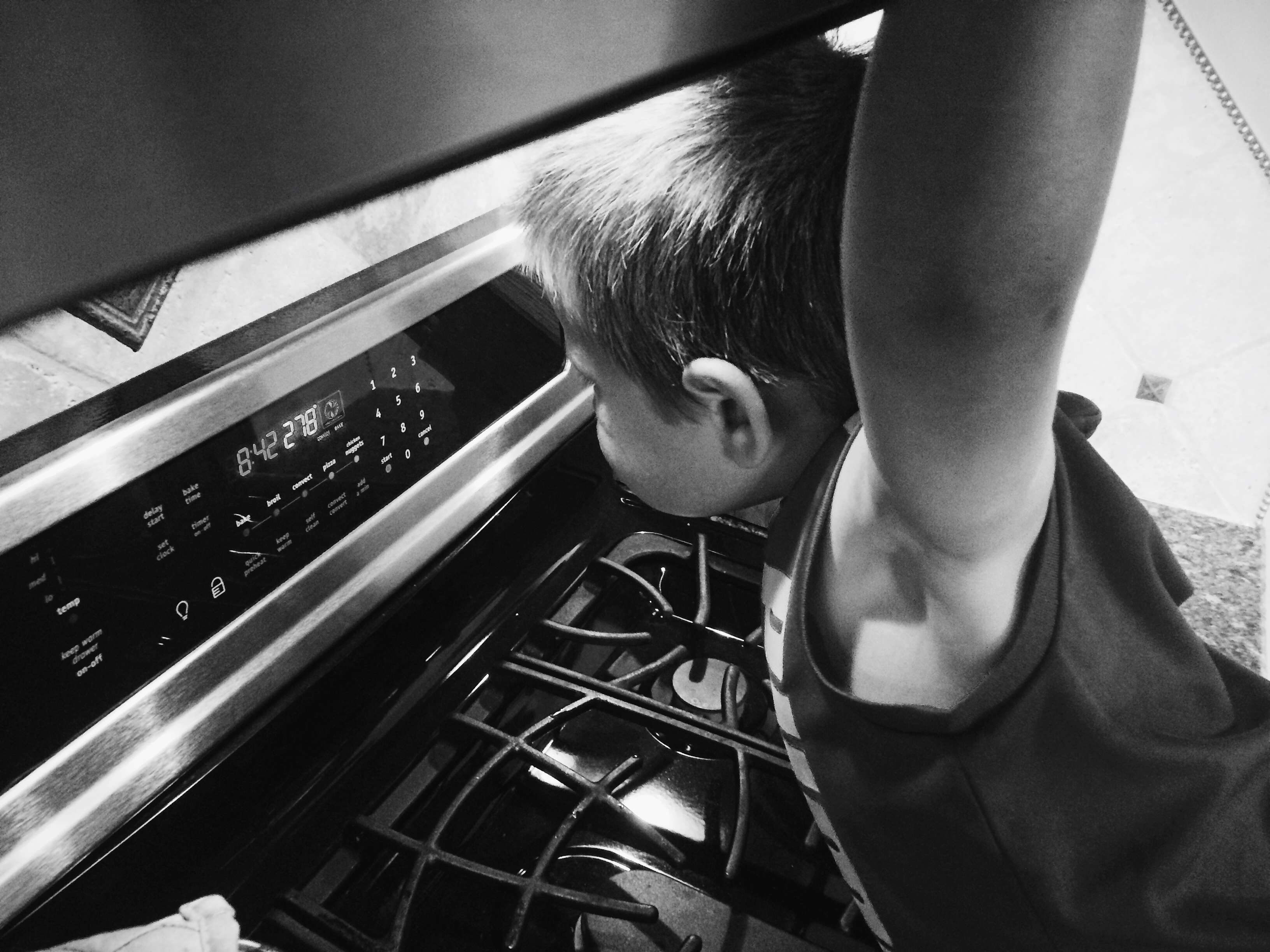 I think I love just hearing him talk about degrees and fahrenheit. It sounds so darn cute… <3